Paper I (History and Civics)

allowed to write during the first 15 minutes.

This time is to be spent in reading the question paper. The time given at the head of this

Paper is the time allowed for writing the answers.

Attempt all questions from Part I (Compulsory). A total of. five questions are W be attempted

The intended rnarks for questions or parts of questions are given in brackets [ ].

(d) A Legislative Assembly has 230 members. How many members need to be present in order to enable the House to transact its business?   [1]

(i) What is meant by the term ‘Veto Power’ which is enjoyed by the permanent members of the Security Council. [2]

(j)What are the basic principles of Non-Alignment or Panchsheel? [2]

Keeping in view the powers of the Union Parliament, answer the following questions:

The Governer is a constitutional head of a state. In this context, explain:

(i) Appointments (ii) Right to be informed.

The Supreme Court is the apex court of our country. In this context, explain the following:

(c)   The manner in which the constitution seeks to maintain the independence of the judiciary. [4]

Attempt any three questions from this Section

The First war of the independence of 1857 was a culmination of people’s dissatlfaction with the British rule. In this context enumerate the following causes:

The Civil Disobedience Movement was significant in the History of the National Movement. In this context write briefly on the following points: 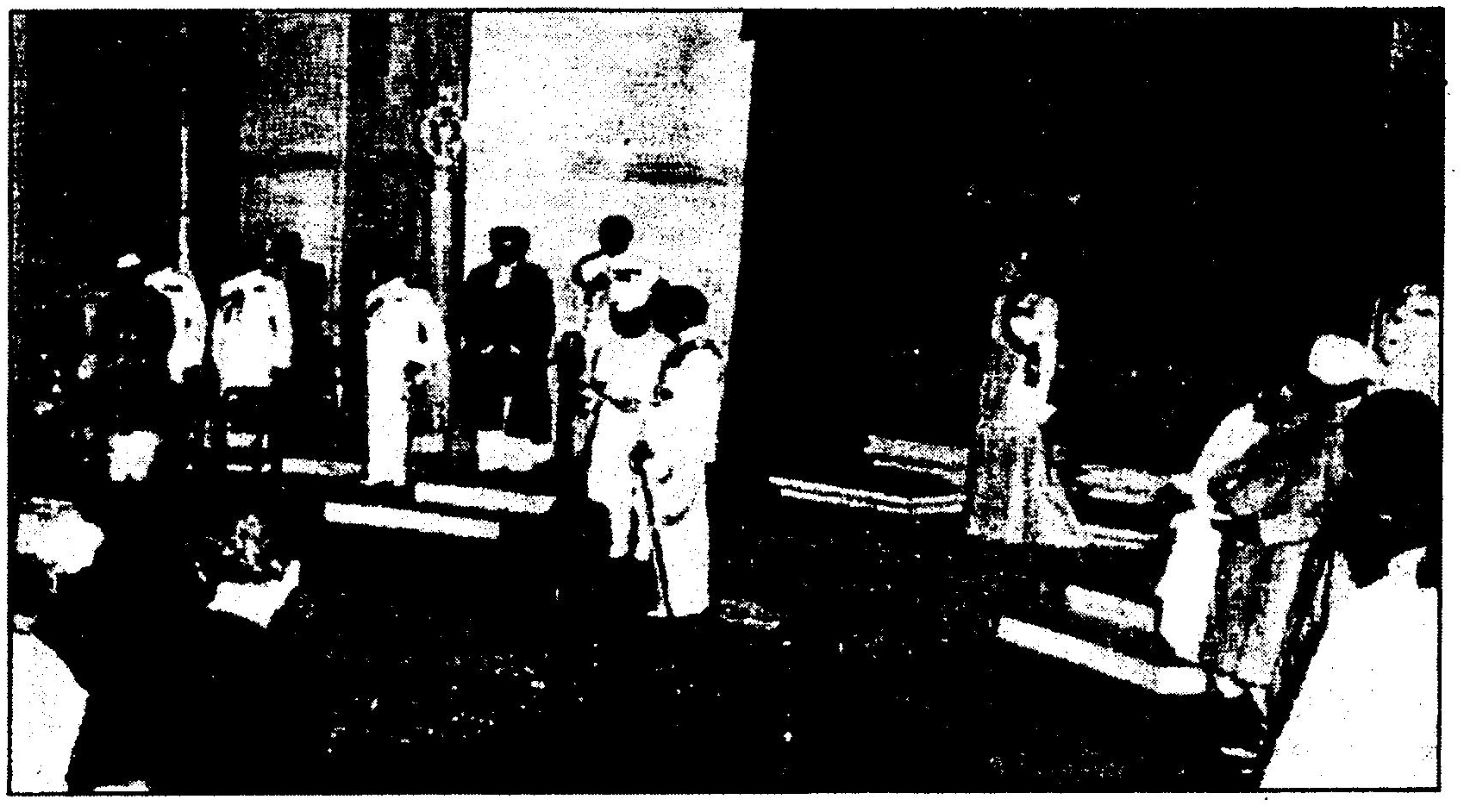 (a) Identify the event in the above picture. Name the Lady seen in the given picture. Mention the year when the event took place.        [3]

(b) What were the main provisions of the Indian Independence Act.   [3]

(c) Mention the reasons that made the Congress accept the Partition Proposals. [4]

With reference to the First World War, answer the following questions:

(a) Explain any three causes of the First World War. [3]

(b) Mention three points under the Treaty of Versailles, which affected Germany. [3]

state how each of the following factors were the causes of Second World War: