Answers to this Paper must be written on the paper provided separately. You will not be allowed to write during the first 15 minutes.

(a)  A farmer in Punjab transports wheat from the farm to a Hour mill. Is this activity considered as production? Why? [2]

(b) The demand curve can slope upwards from left to right. Give one argument is support of this statement. [2]

(c) Improved technology affects the productivity of land. Explain this statement with the help of suitable examples. [2]

(d) Explain how income effect is responsible for the negative slope of a demand curve.  [2]

(b)   Mention any two sources of non-tax revenue of the Central Government in India. [2]

(d)   How does an improvement in production technology, influence the supply curve of a firm? [2]

(a) Study the statements given below and state whether demand will be elastic or inelastic citing reasons for your answer.    [2]

(d) In what type of tax, shifting of the tax burden is possible? Explain using an example. [2]

SECTION B (40 Marks)
Attempt any four questions from this Section 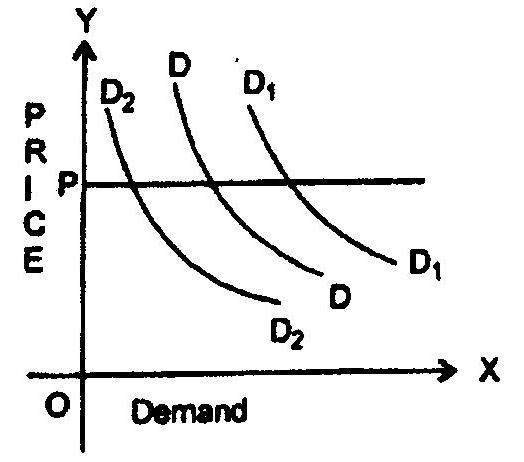 (a) Explain five ways by which entrepreneurs can promote [5]

(b) the economic development of a country.

(b) Distinguish between supply and stock. Explain four factors that influence the supply of a commodity.    [5]

(a) How has public expenditure become an important tool for economic development in recent times?  [5]