(Three hours) (Candidates are allowed additional 15 minutes for only reading the paper. They must NOT start writing during this time.)

Write a composition {in approximately 450-500 words) on any one of the following subjects:

(You are reminded that you will be rewarded for orderly and coherent presentations of material, use of appropriate style and general accuracy of spelling, punctuation and grammar).

(a) We are happier than our forefathers. Express your views on the given state merit. [30]
(b)The sounds of laughter and loud voices attract your attention to a room in your kouse. The door is closed. Describe what you hear, as well as what you see, as you gently open the door.
(c)’Today, in out global society, if young people go abroad to study or to seek jobs, they cannot be termed unpatriotic.’ Write for or against this topic.
(d)Diversity.
(e) ‘Nowadays, there are careers that cater to every interest and aptitude.’ Discuss this in the light of your own interests.
(f)Write an original story with the following beginning:

As student, at the end of Class XII, requests the Principal of his school for a certificate or testimonial which he needs for his further studies. Imagine that you are the Principal and draft a certificate, keeping the following points in mind:[20]

(a)In each of the following items, sentence A is complete, while sentence B is not. Complete sentence B, making it as similar as possible to sentence A. Write down sentence B in each case.  [10]

Answer: (0) What cannot be cured must be endured.

(b) Fill in each blank with a suitable word. (Do not write the sentence.)[5]

given in brackets. Do not write the passage, but write the verbs in the correct order”:[5]

Read the passage given below and answer the questions. (a), (b) and (c) that follow:

(1)   I opened the iron gate and walked as softly as I could up the weed-tufted gravel drive. My mind was strangely empty. I felt no glow of pleasure and was unexcited at the prospect of becoming rich. I was occupied only with the mechanical task of findin~ a black box.

(2)   The front door was closed and set far back in a very deep porch. The wind and rain had whipped a coating of gritty dust against the panels, showing that it had been shut for years. Standing on a derelict flower-bed, I tried to push open the first window on the left. It yielded to my strength stubbornly. I clambered through the opening and found myself crawling along the deepest window-large I have ever seen. After I had jumped noisily down upon the floor. I looked up.

(3)   The room was thick with dr/st, musty and empty of all furniture. Spiders had erected great stretchings of their webs about the fireplace. I made my way quickly to the room where the box was and paused on the threshold. It was a dark morning and the weather had stained the windows with blears of grey wash which kept the brightest part of the weak light front coming in. The far comer of the room was a blur of shadow. I had a sudden impulse to have clone with my task and be out of this house forever. I walked across the bare boards, knelt down in the corner and passed my hands about the floor in search of the lose board. To may surprise, I found it easily. I lifted if up laid it aside and struck a match. I saw a black metal cash-box nestling dimly in the hole. I put my hand down and crooked a finger into the loose reclining handle, but the match suddenly flickered and went out and the handle of the box, which I had lifted up about a inch, slid heavily offmy t’mger. Without stopping to light another match, I thrust my hand Into the opening and, just when it should be closing about the box, something happened.

(4)   I cannot hope to describe what it was but It had frightened me very much. It was s o m e change which came upon me or upon the room, indescribably subtle, yet momentous. It was as if the daylight had changed with unnatural suddenness, as if the temperature had altered greatly in an instant or as if the air had become twice as rare or twice as dense as it had been in the twinkling of an eye. Perhaps all of these or other things, happened together, for all my senses were bewildered all at once and could give me no explanation. The fingers of my right hand, thrust in the opening in the floor, had closed mechanically, found nothing at all, and came up again empty. The box had gone!

(5)     I heard a cough behind me, soft and natural, yet more disturbing than any sound that could ever come upon the human ear. That I did not die of fright was due, I think, to two things: the fact that my senses were already disarranged and able to interpret to me only gradually what they had perceived, and also the fact that the utterance of the cough seemed to bring with It some more awful alteration in everything. I collapsed weakly into a limp sitting-down position upon the floor. Sweet broke out on my brow and my eyes remained open for a long time without a wink.

(6)   In the darkest corner of the room near the window, a man was sitting in a chair, eyeing me with a mild but unwavering interest.

(ii)     For each of the words given below, write a sentence of at least ten words using the same word unchanged in form, but with a different meaning from that which it carries in the passage:[4]

(b). Answer the following questions in your own words as briefly as possible:

(ii) ‘What details show that the house had been shut for years ?[2]

[iii)  Why did the narrator have a feeling of uneasiness and fear when he entered the room:?[3]

(iv)What was the strange thing that happened about the box’? What Impact did it have on the narrator?[3]

(c)     Describe the narrator’s purpose behind entering the abandoned house and the strange atmosphere he encountered there. You will be required to: 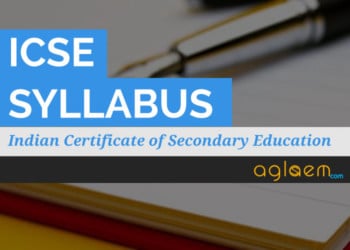