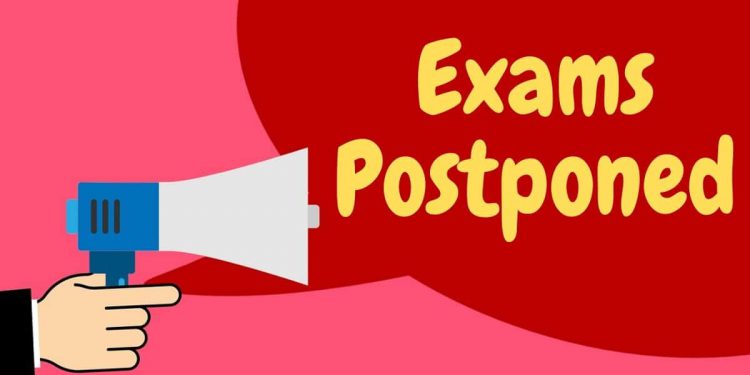 The Central Board of Secondary Education (CBSE) has started conducting Class 10th and 12th Board exam from February 15, 2020, onwards. However, since the past 3-4 days, extreme riots have been reported in the North East parts of Delhi. Due to the ongoing tense situation, the Board has now released an urgent notice in which it has been notified that class 10th and 12th exam to be conducted on February 28 and 29 are being postponed. It may be noted that the exams of February 26 and 27 were also postponed per the last two notices.

Many parents are afraid for the safety of their children. Moreover, commute has been vastly disrupted in these areas and parents, students are unable to step out of the house and commute in these extreme conditions to reach the test centre for the exam. Considering the current condition in such areas and to avoid inconvenience to students, parents, teachers and staff, CBSE has decided to postpone the exams in the Northeast parts of Delhi.

The exam has been postponed for the students who reside in the affected areas only, whereas, the exam in the rest of Delhi is going to be conducted as per the schedule along with the rest of the country and foreign centres.

The revised exam date for such candidates will be notified shortly. Until then, it is advised to the students to not to stress and focus on their preparation only.

Furthermore, the Board is in regular contact with the principals of the schools in the affected areas by which it was notified that the students were not able to reach the test centre due to the situation prevailing in the city.

Justice Rajiv Shakdher told the Board to take the decision on board exams in northeast Delhi centres to be held on February 27, 28 and 29,2020 by 5 PM and inform public by 6 PM. Furthermore, the court also directed the Board to inform the students about the revised schedule in the next 10 to 15 days and not on a piecemeal basis.

These violent clashes and riots have posed a serious threat and danger to the life of the students and their parents as they have no option but to reach the centre whatever the situation may be. However, reaching the violent hit areas, not only involves mental agony, trauma and stress for the students and their parents but also poses a grave and palpable threat to the life and limb.

CBSE Class 10 Hindi Most Important Questions for Board Exam 2020