GIST OF THE LESSON

2. Coulomb: It is the S.I. unit of charge. One coulomb is defined as that amount of charge which repels an equal and similar charge with a force of 9 x 109 N when placed in vacuum at a distance of 1 meter from it.

4. Conductor: A substance which allows passage of electric charges through it easily is called a ‘conductor’. A conductor offers very low resistance to the flow of current. For example copper, silver, aluminium etc.

5. Insulator: A substance that has infinitely high resistance does not allow electric current to flow through it. It is called an ‘insulator’. For example rubber, glass, plastic, ebonite etc.

7. Ampere: It is the S.I. unit of current. If one coulomb of charge flows through any section of a conductor in one second, then current through it is said to be one ampere.

10. Electric field: It is the region around a charged body within which its influence can be experienced.

13. One volt potential difference: The Potential difference between two points in an electric field is said to one volt if one joule of work has to be done in bringing a positive charge of one coulomb from one point to another.

14. Galvanometer: It is device to detect current in an electric circuit.

17. Ohm’s law: This law states that the current passing through a conductor is directly proportional to the potential difference cross its ends, provided the physical conditions like temperature, density etc. remains unchanged.

The proportionality constant R is called resistance of conductor.

18. Resistance: It is a property of a conductor by virtue of which it opposes the flow of current through it. It is equal to the ratio of the potential difference applied across its ends and the current flowing through it.

19. Ohm: It is the S.I. unit of resistance. A conductor has a resistance of one ohm if a current of one ampere flows through it on applying a potential difference of one volt across its ends.

ii) inversely on its area of cross-section A i.e. R α 1/A

iii) on the nature of material of the conductor on.

On combining the above factors, we get R α L/A R = ρ * L/A The proportionality constant ρ is called resistivity of conductor.

21. Resistivity: It is defined as the resistance offered by a cube of a material of side 1 m when current flows perpendicular to its opposite faces. Its S.I. unit is ohm-meter (Ωm). Resistivity, ρ = RA/L

23. Laws of resistances in series:

i) Current through each resistance is same.

24. Laws of resistances in parallel:

i) Voltage across each resistance is same and is equal to the applied voltage.

ii) Total current = Sum of the currents through the individual resistances. I = I1 + I2 + I3

iii) Currents through various resistances are inversely proportional to the individual resistances.

v) Equivalent resistance is less than the smallest individual resistance.

25. Joule’s law of heating: It states that the heat produced in a conductor is directly proportional to

(i) the square of the current I through it

(ii) proportional to its resistances R and

28. Watt: It is the S.I. unit of power. The power of an appliance is 1 watt if one ampere of current flows through it on applying a potential differences of 1 volt across its ends.

29. Kilowatt hour: It is the commercial unit of electrical energy. One kilowatt hour is the electric energy consumed by an appliance of 1000 watts when used for one hour. 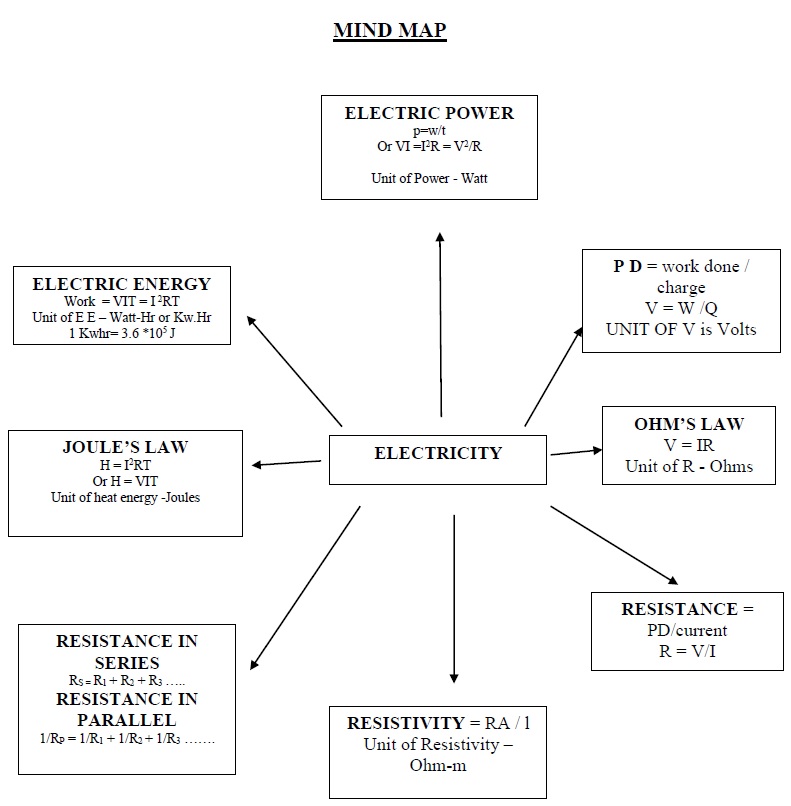 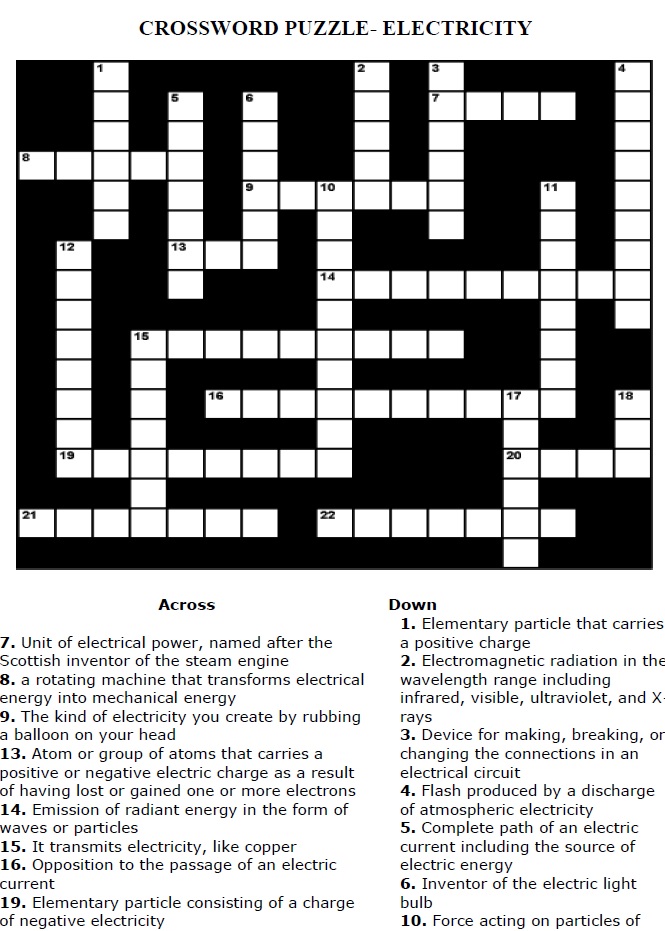 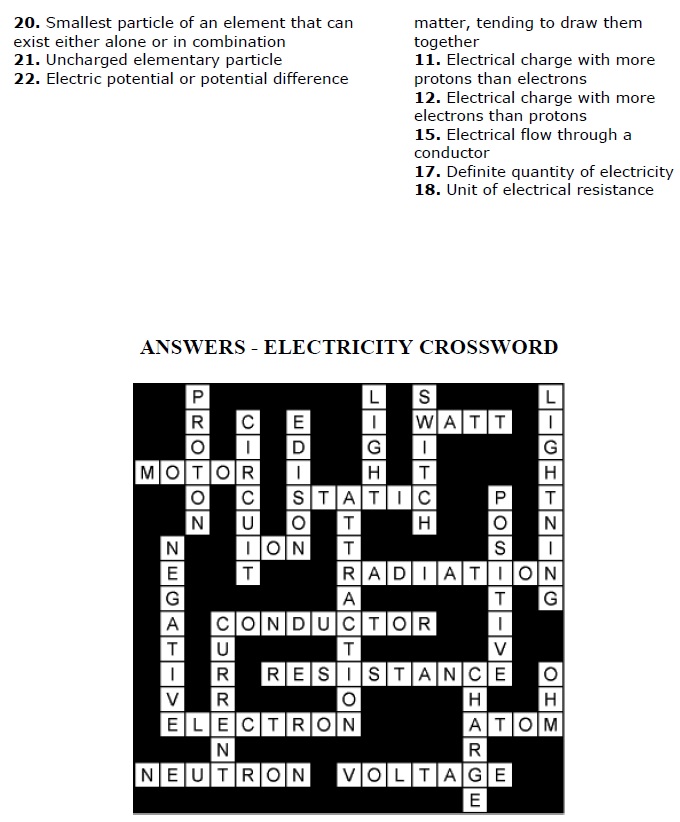