Catalyst: A substance that can influence the rate of a chemical reaction but itself does not undergo the permanent chemical change.

Catalyst increases the reaction rate by lowering the activation energy of the reactant. 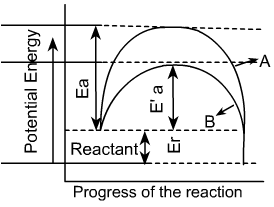 Catalysis: The process in which rate of reaction is influenced by catalyst is called catalysis.

Substrate: The reactant on which catalyst acts is called substrate.

Catalyst does not change the heat of reaction it only makes a process faster.

Catalyst does not change the yield of the product

Positive Catalyst: A catalyst which increase the rate of reaction by lowering the activation energy of reaction. 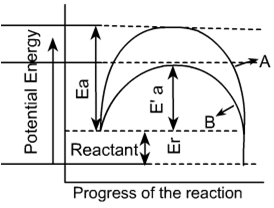 Negative Catalyst: A catalyst that retards the chemical reaction by raising the energy barrier or activation energy. 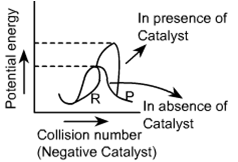 Homogeneous Catalysis: Catalysis in which catalyst and reactants are present in same phase.

Heterogeneous Catalysis:  Catalysis in which Catalyst and reactants are in different phase.

Effect of catalyst on the Rate of Reaction:

According to the Arrhenius theory

when we employ catalyst Ea of reaction is lowered and more no. of molecules possesses energy above the threshold temperature rate of reaction increases.