The Latin maxim ignorantia juris neminem excusat, in plain, which reads as ‘ignorance of law is not an excuse’. This is one of the age old principles followed under the Roman Law and even in our own Common Law. If every person of discretion is to know what law is, an effort to teach law outside the remit of a professional law school may have significant social benefits.

Law is a subject which has been traditionally taught in Universities for almost eight centuries. Learning law outside the settings of a professional law school has a number of perceived benefits. Some familiarity with law enhances one’s understanding of public affairs and an awareness of one’s entitlements and duties as a citizen. It may also be helpful in eliminating some of the mistaken notions about law and some of the inveterate prejudices about law, lawyers and the legal system as such.

Another advantage is that an understanding of law can undoubtedly encourage talented students to pursue a career in law—an objective which is laudable in its own right.

The pitfalls of learning law outside the settings of a professional school are rooted in two key assumptions: (1) law is too vast and complicated to be taught in a non-professional setting; (2) the lack of professional trainers and experienced teachers could lead to incorrect appreciation and understanding of law. If an understanding of law is mis-formed or ill-formed as some academicians think, it may require greater efforts to unlearn whatever was learnt earlier. Both these criticisms have attracted detailed scrutiny, but at least a few countries have introduced law at the High School level.

The experience of countries that have introduced law has been by and large optimistic. The Central Board of Secondary Education is introducing Legal Studies at the Class XI level. The proposal is to introduce one module in Class XI and a second module in Class XII. 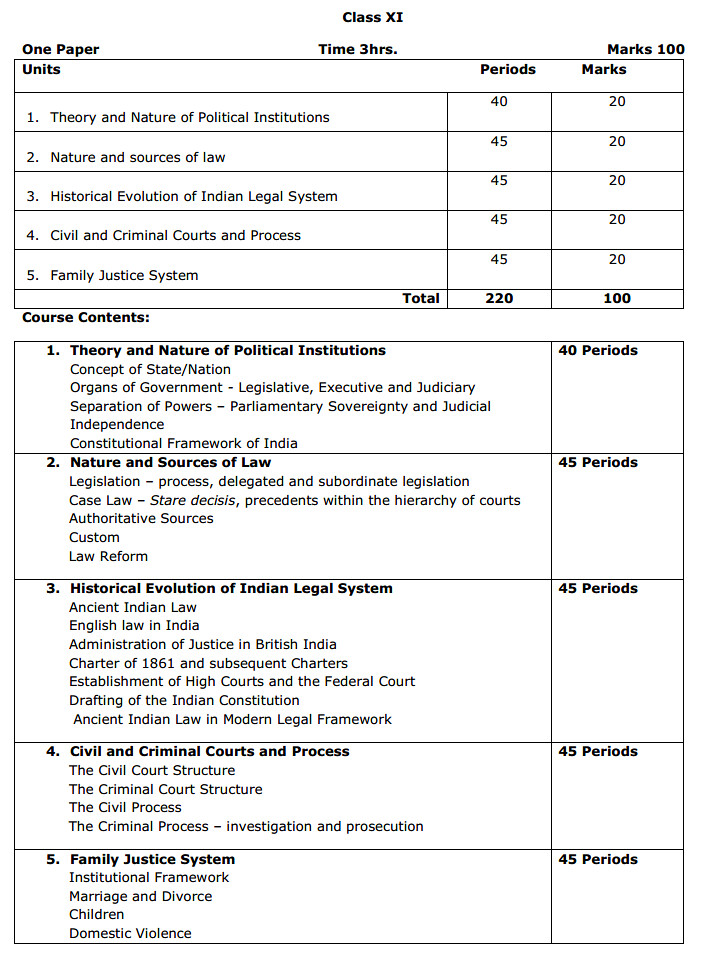 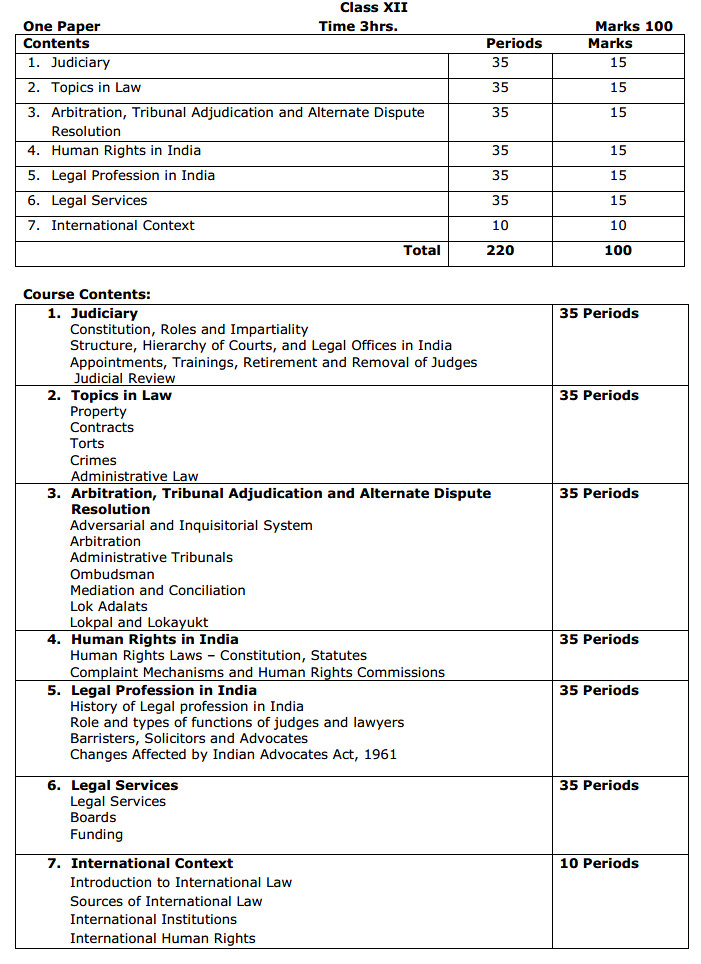 CBSE has provided the following study material for Legal Students