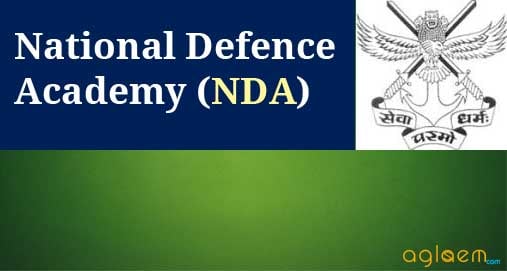 (a) Nationality : A candidate must either be :

Provided that a candidate belonging to categories (ii), (iii), (iv) and (v) above shall be a person in whose favour a certificate of eligibility has been issued by the Government of India.

Certificate of eligibility will not, however, be necessary in the case of candidates who are Gorkha subjects of Nepal.

Only unmarried male candidates born not earlier than 2nd Jan, 1995 and not later than 1st July, 1997 are eligible. The date of birth accepted by the Commission is that entered in the Matriculation or Secondary School Leaving Certificate or in a certificate recognised by an Indian University as equivalent to Matriculation or in an extract from a Register of Matriculates maintained by a University which must be certified by the proper authority of the University or in the Higher Secondary or an equivalent examination certificates. These certificates are required to be submitted only after the declaration of the result of the written part of the examination. No other document relating to age like horoscopes, affidavits, birth extracts from Municipal Corporation, service records and the like will be accepted. The expression Matriculation/Higher Secondary Examination Certificate in this part of the instruction includes the alternative certificates mentioned above.

Note 1 : Candidates should note that only the Date of Birth as recorded in the Matriculation/Higher Secondary Examination Certificate available or an equivalent certificate on the date of submission of applications will be accepted by the Commission and no subsequent request for its change will be considered or granted.

Note 2 : Candidates should also note that once a Date of Birth has been claimed by them and entered in the records of the Commission for the purpose of admission to an Examination, no change will be allowed subsequently or at any subsequent examination on any ground whatsoever.

Note 3 : The candidates should exercise due care while entering their date of birth in the respective column of the online Application Form for the Examination. If on verification at any subsequent stage any variation is found in their date of birth from the one entered in their Matriculation or equivalent Examination certificate, disciplinary action will be taken against them by the Commission under the Rules.

Note 4 : Candidates must undertake not to marry until they complete their full training. A candidate who marries subsequent to the date of his application though successful at this or any subsequent examination will not be selected for training. A candidate who marries during training shall be discharged and will be liable to refund all expenditure incurred on him by the Government.

Candidates who are appearing in the 12th Class under the 10+2 pattern of School Education or equivalent examination can also apply for this examination.

Such candidates who qualify the SSB interview but could not produce Matriculation/10+2 or equivalent certificate in original at the time of SSB Interview should forward duly attested photocopies to `Addl. Directorate General of Recruiting, Army HQ, West Block-III, R.K. Puram, New Delhi-110066′ and for Naval Academy candidates to ‘Naval Headquarters, DMPR, OI&R Section, Room No. 204, `C’ Wing, Sena Bhavan, New Delhi-110011′ by 5th Dec, 2014 failing which their candidature will be cancelled. All other candidates who have produced their matriculation and 10+2 pass or equivalent certificates in original at the time of attending the SSB interview and have got the same verified by the SSB authorities are not required to submit the same to Army HQ or Naval HQ as the case may be. Certificates in original issued by the Principals of the institutions are also acceptable in cases where Boards/Universities have not yet issued certificates. Certified true copies/photostat copies of such certificates will not be accepted. In exceptional cases the Commission may treat a candidate, who does not possess any of the qualifications prescribed in this rule as educationally qualified provided that he possesses qualifications, the standard of which in the opinion of the Commission, justifies his admission to the examination.

NOTE 1 : Candidates appearing in the 11th class exam are not eligible for this examination.

NOTE 2 : Those candidates who have yet to qualify in the 12th class or equivalent examination and are allowed to appear in the UPSC Examination should note that this is only a special concession given to them. They are required to submit proof of passing the 12th class or equivalent examination by the prescribed date and no request for extending this date will be entertained on the grounds of late conduct of Board/University Examination, delay in declaration of results or any other ground whatsoever.

NOTE 3 : Candidates who are debarred by the Ministry of Defence from holding any type of commission in the Defence Services shall not be eligible for admission to the examination and if admitted, their candidature will be cancelled.

NOTE 4: Those candidates who have failed INSB/PABT earlier are not eligible for Air Force.

Candidates must be physically fit according to physical standards for admission to National Defence Academy and Naval Academy Examination (I).

(e) A candidate who has resigned or withdrawn on disciplinary grounds from any of the training academies of Armed Forces is not eligible to apply.