An m x n matrix A is said to be a square matrix if m = n i.e. number of rows = number of columns.

A diagonal matrix whose all the leading diagonal elements are equal is called a scalar matrix. 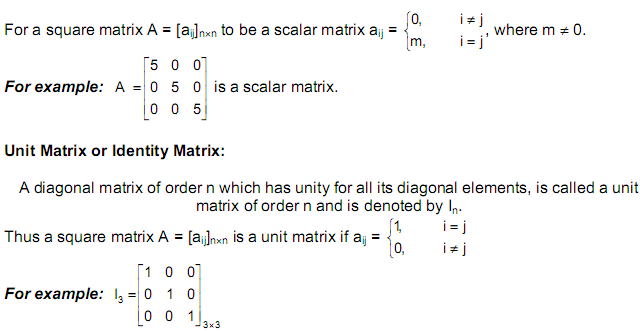 If all the elements of a matrix (square or rectangular) are zero, it is called a null or zero matrix.