Consider a random experiment whose outcomes can be classified as success or failure. It means that experiment results in only two outcomes E1(success) or E2­ (failure). Further assume that experiment can be repeated several times, probability of success or failure in any trial are p and q (p + q = 1) and don’t vary from trial to trial and finally different trials are independent. Such a experiment is called Binomial experiment and trials are said to be binomial trials. For instance tossing of a fair coin several times, each time outcome would be either a success (say occurrence of head) or failure (say occurrence of tail).

Let ‘X’ be random variable representing the number of successes, then 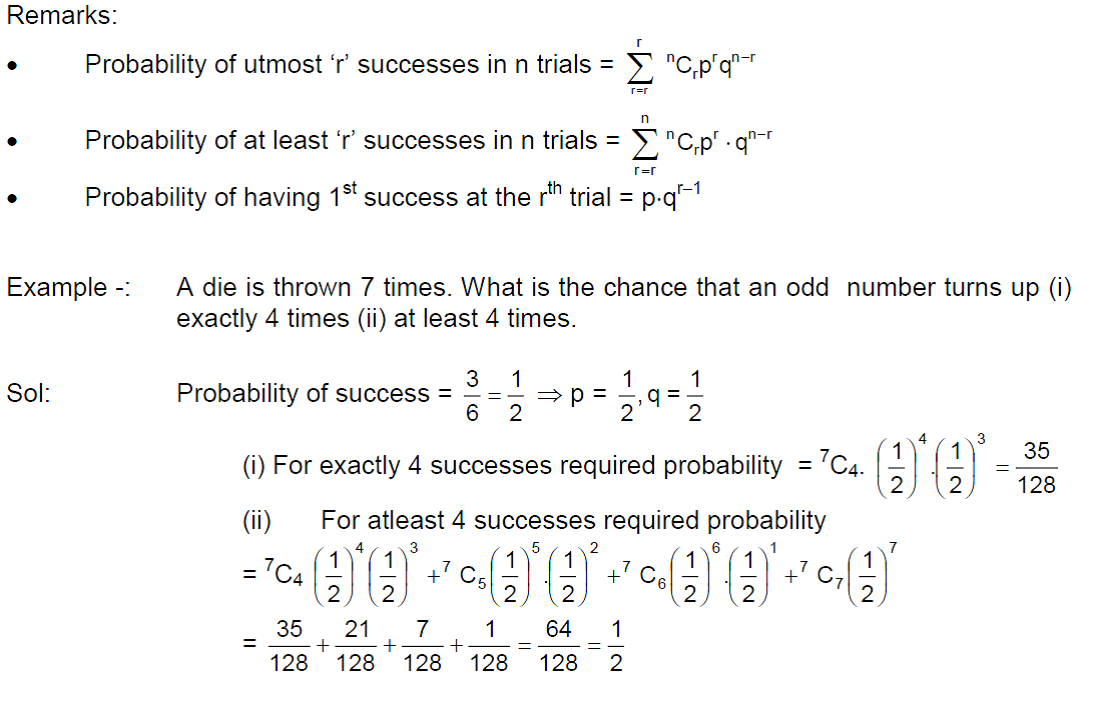