Sunita’s mother has 8 bananas. Sunita has to go for a picnic with her. 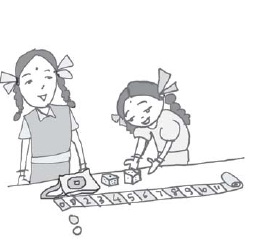 friends. She wants to carry 10 bananas with herCan her mother give 10 bananas to her? She does not have enough, so she borrows 2 bananas from her neighbour to be returned later. After giving 10 bananas to Sunita, how many bananas are left with her mother? Can we say that she has  zero bananas? She has no bananas with her, but has to return two to her neighbour. So when she gets some more bananas, say 6, she will return 2 and be left with 4 only.

Ronald goes to the market to purchase a pen. He has only Rs 12 with him but the pen costs Rs 15. The shopkeeper writes Rs 3 as due amount from him. He writes Rs 3 in his diary to remember Ronald’s debit. But how would he remember whether Rs 3 has to be given or has to be taken from Ronald? Can
he express this debit by some colour or sign? Ruchika and Salma are playing a game using a number strip which is marked from 0 to 25 at equal intervals.

shown when this die is thrown. The dice are put back into the bag after each move so that both of them have equal chance of getting either die. The one who reaches the 25th mark first is the winner. They play the game. Ruchika gets the red die and gets four on the die after throwing it. She, thus, moves the token to mark four on the strip. Salma also happens to take out the red die and wins 3 points and, thus, moves her token to number 3.

Whereas Salma placed her token at zero position. But Ruchika objected saying she should be behind zero. Salma agreed. But there is nothing behind zero. What can they do?

Now, Salma suggested that she is one mark behind zero, so it can be marked as blue one. If the token is at blue one, then the position behind blue one is blue two. Similarly, blue three is behind blue two. In this way they decided to move backward. Another day while playing they could not find blue paper, so Ruchika said, let us use a sign on the other side as we are moving in opposite
direction. So you see we need to use a sign going for numbers less than zero. The sign that is used is the placement of a minus sign attached to the number. This indicates that numbers with a negative sign are less than zero. These are called negative numbers.

the left of zero it can be represented as – 5. Now represent the following positions with + or – sign :

(Who follows me?)
We have seen from the previous examples that a movement to the right is made if the number by which we have to move is positive. If a movement of only 1 is made we get the successor of the number.

Write the succeeding number of the following :

A movement to the left is made if the number by which the token has to move is negative.

If a movement of only 1 is made to the left, we get the predecessor of a number.

We have seen that some numbers carry a minus sign. For example, if we want to show Ronald’s due amount to the shopkeeper we would write it as – 3. 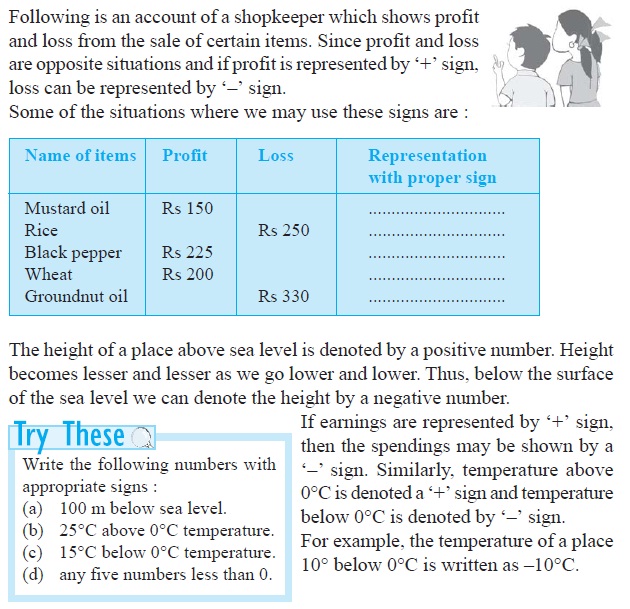 Let us understand this by the following figures. Let us suppose that the figures represent the collection of numbers written against them.

Then the collection of integers can be understood by the following diagram in which all the earlier collections are included : 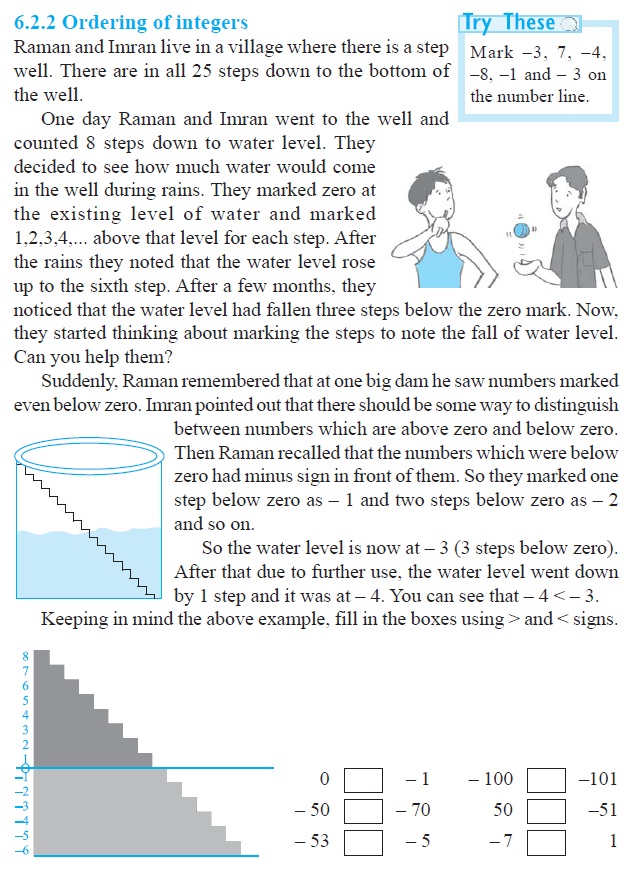 Let us once again observe the integers which are represented on the
number line. 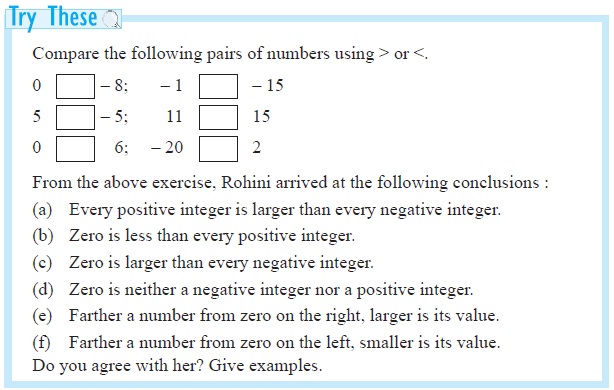 Example 1 : By looking at the number line, answer the following questions : Which integers lie between – 8 and – 2? Which is the largest integer and the smallest integer among them?


If, I am not at zero what happens when I move?

Let us consider the earlier game being played by Salma and Ruchika.

Suppose Ruchika’s token is at 2. At the next turn she gets a red die which after throwing gives a number 3. It means she will move 3 places to the right of 2. Thus, she comes to 5.

By looking at the number line, answer the following question : 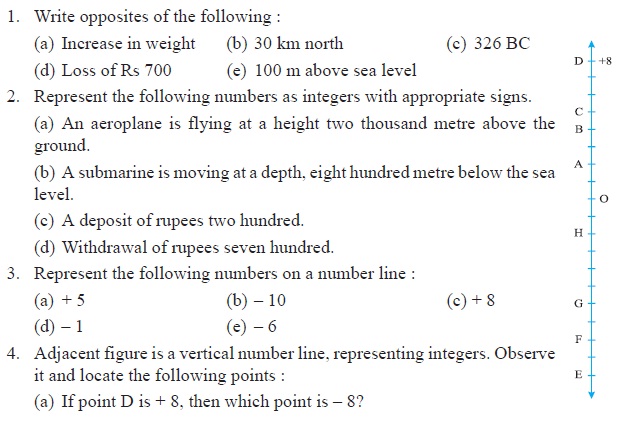 (c) Write integers for points B and E.

(d) Which point marked on this number line has the least value?

(e) Arrange all the points in decreasing order of value.

5. Following is the list of temperatures of five places in India on a particular day of the year. 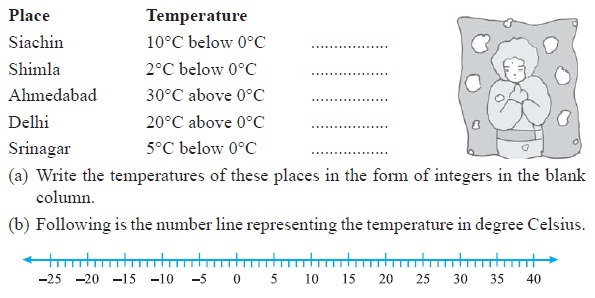 Plot the name of the city against its temperature.

(c) Which is the coolest place?

(d) Write the names of the places where temperatures are above 10°C.

6. In each of the following pairs, which number is to the right of the other on the number line?

7. Write all the integers between the given pairs (write them in the increasing order.)

10. Draw a number line and answer the following :

(b) Which number will we reach if we move 5 numbers to the left of 1.

(Going up and down)
In Mohan’s house, there are stairs for going up to the terrace and for going down to the godown. 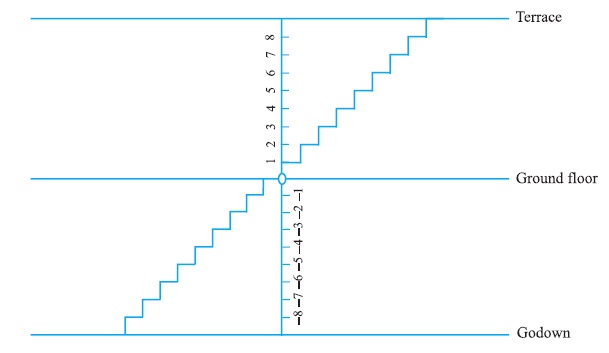 Do the following and write down the answer as integer :

(a) Go 6 steps up from the ground floor.

(b) Go 4 steps down from the ground floor.

(c) Go 5 steps up from the ground floor and then go 3 steps up further from there.

(d) Go 6 steps down from the ground floor and then go down further 2 steps from there.

(f) Go 8 steps down from the ground floor and then go up 5 steps from there.

(g) Go 7 steps up from the ground floor and then 10 steps down from there. Ameena wrote them as follows :

She has made some mistakes. Can you check her answers and correct those that are wrong? 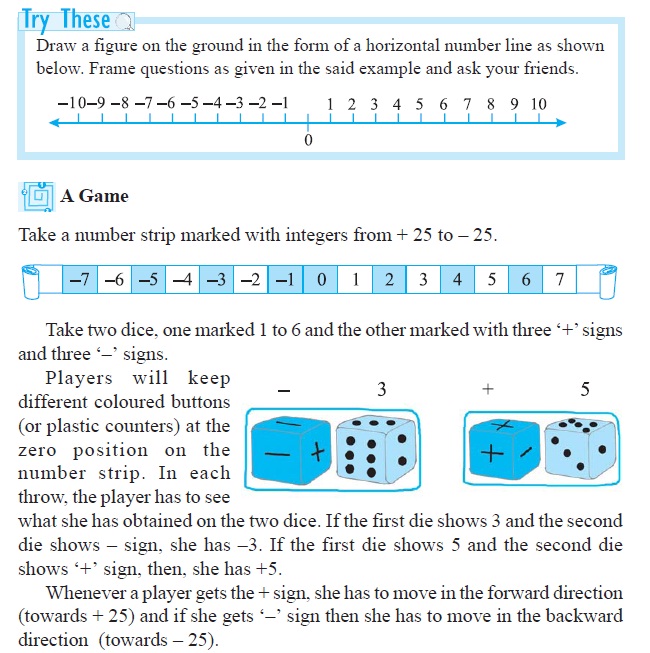 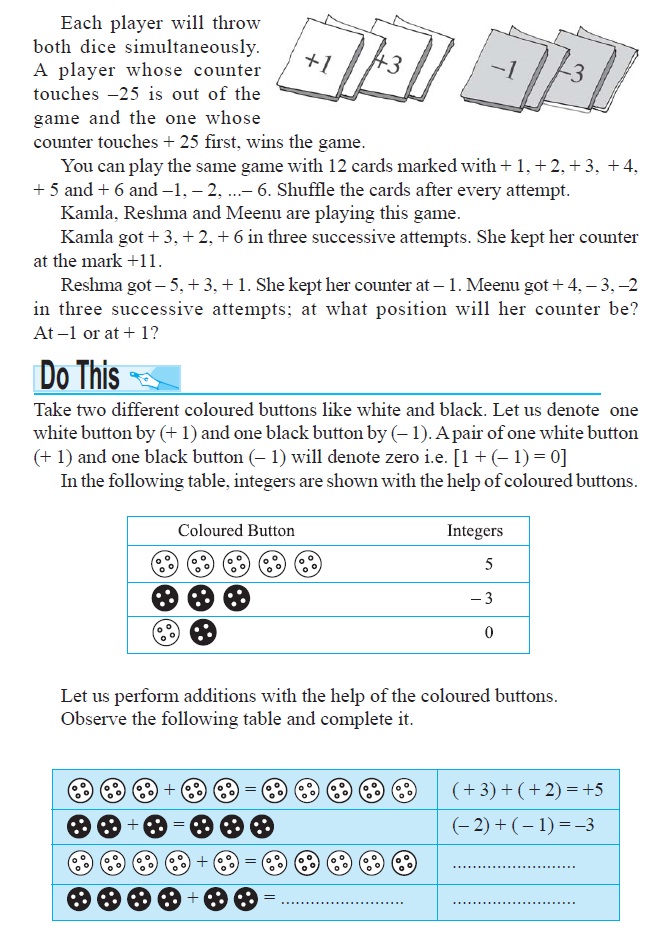 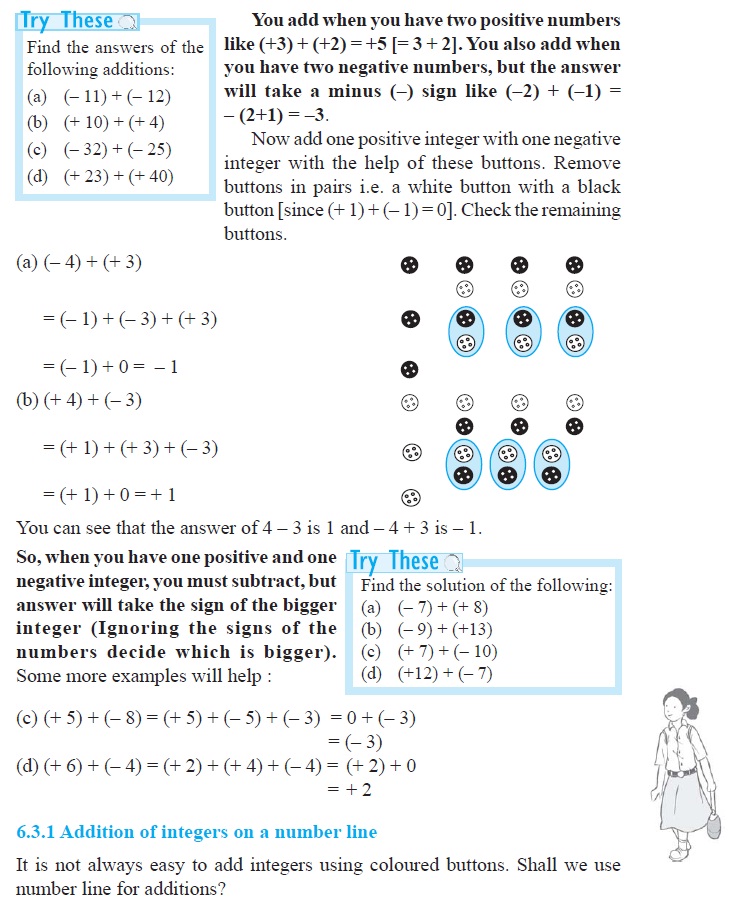 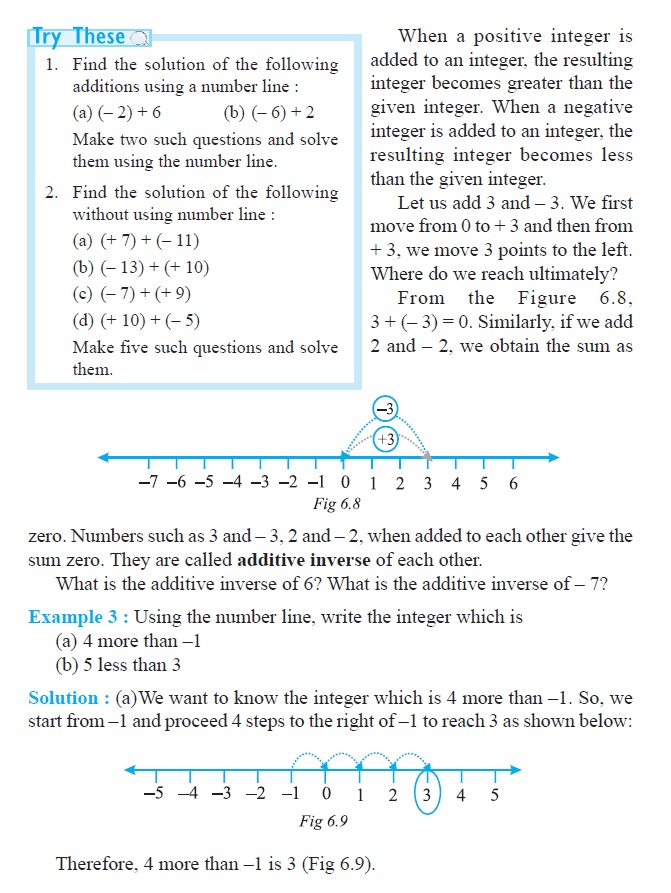 1. Using the number line write the integer which is : 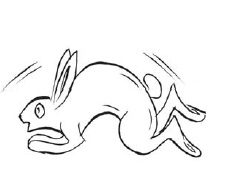 2. Use number line and add the following integers :

6.4 Subtraction of Integers with the help of a Number Line

What would we do for 6 – (–2)? Would we move towards the left on the number line or towards the right?

If we move to the left then we reach 4.

Hence, to subtract an integer from another integer it is enough to add the additive inverse of the integer that is being subtracted, to the other integer.

1. We have seen that there are times when we need to use numbers with a negative sign. This is when we want to go below zero on the number line. These are called negative numbers. Some examples of their use can be in temperature scale, water level in lake or river, level of oil in tank etc. They are also used to denote debit account or outstanding dues.

(c) The subtraction of an integer is the same as the addition of its additive inverse.

5. We have shown how addition and subtraction of integers can also be shown on a number line.