When we talk about some plane figures as shown below we think of their regions and their boundaries. We need some measures to compare them. We look into these now.

Look at the following figures (Fig. 10.1). You can make them with a wire or a string. If you start from the point S in each case and move along the line segments then you again reach the point S. You have made a complete round of the

shape in each case (a), (b) & (c). The distance covered is equal to the length of wire used to draw the figure.

This distance is known as the perimeter of the closed figure. It is the length of the wire needed to form the figures.

The idea of perimeter is widely used in our daily life.

All these people use the idea of ‘perimeter’.

Give five examples of situations where you need to know the perimeter.

Perimeter is the distance covered along the boundary forming a closed figure when you go round the figure once. 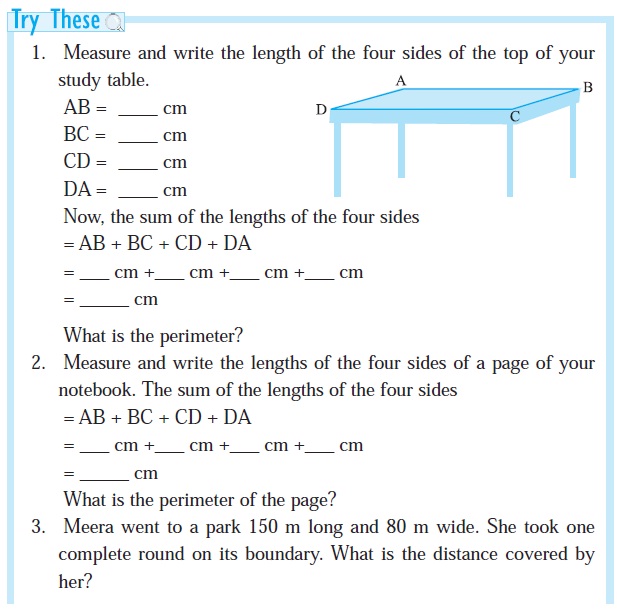 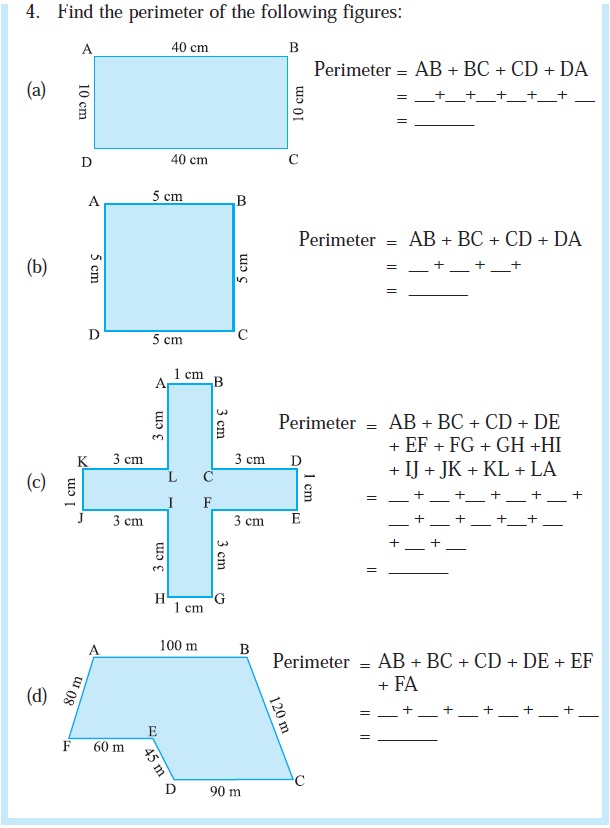 So, how will you find the perimeter of any closed figure made up entirely of line segments? Simply find the sum of the lengths of all the sides (which are line segments). 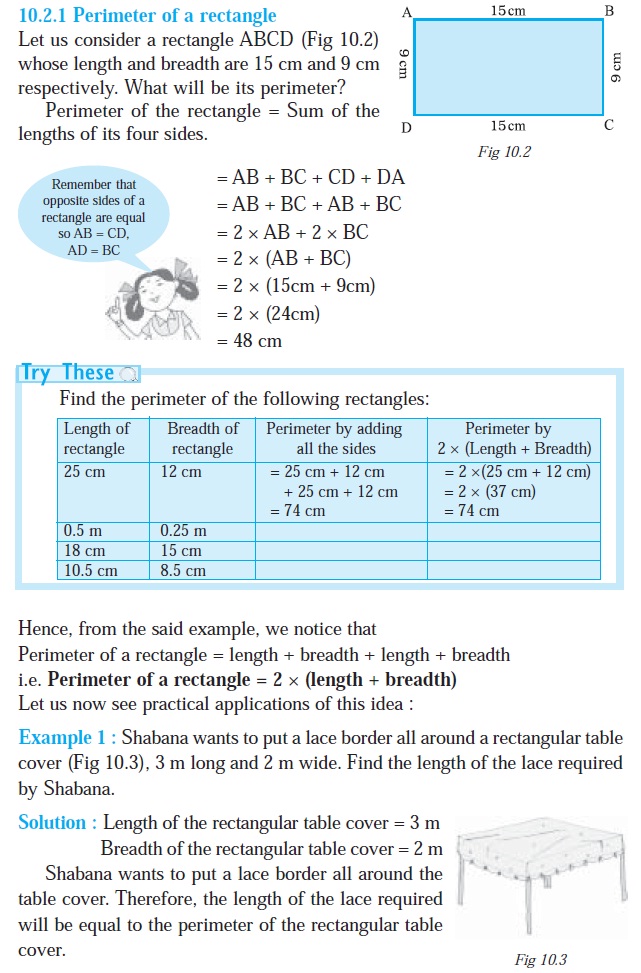 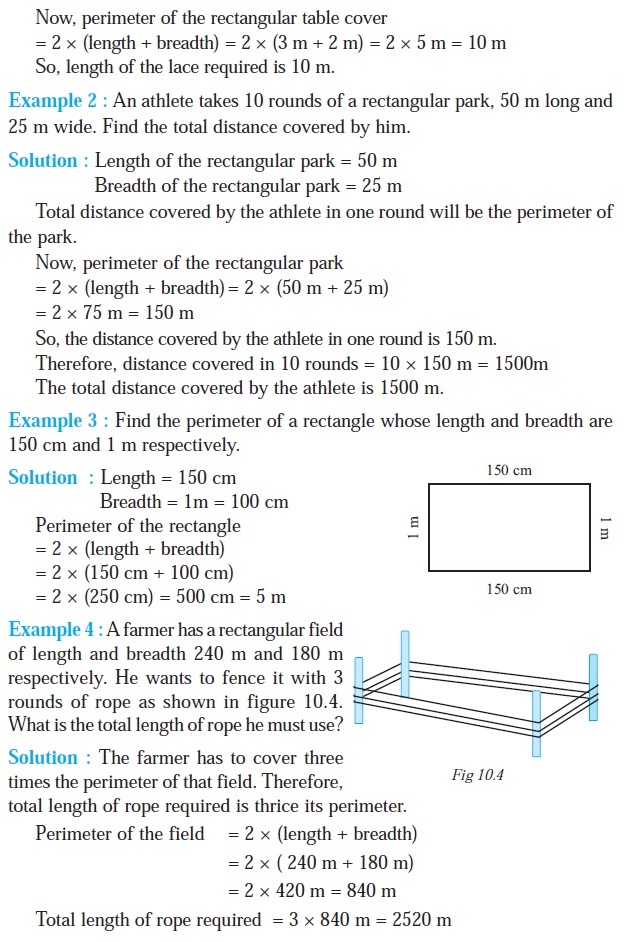 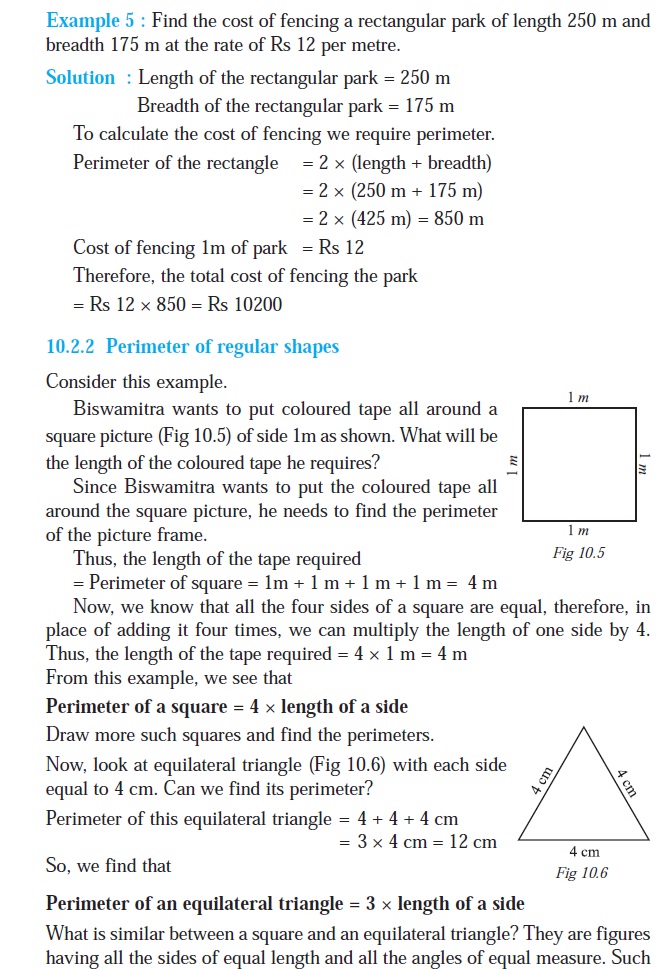 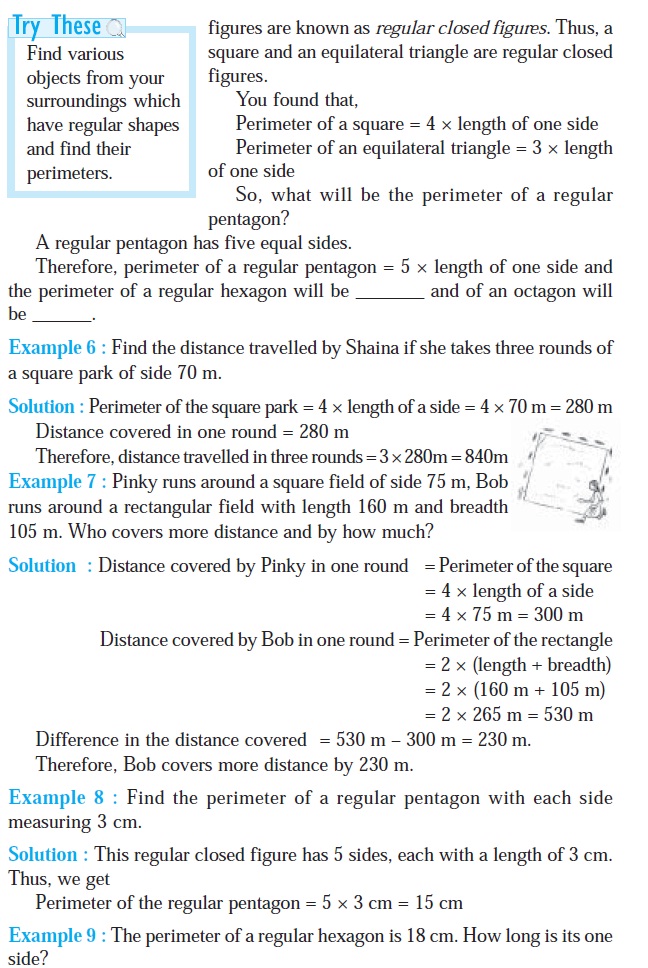 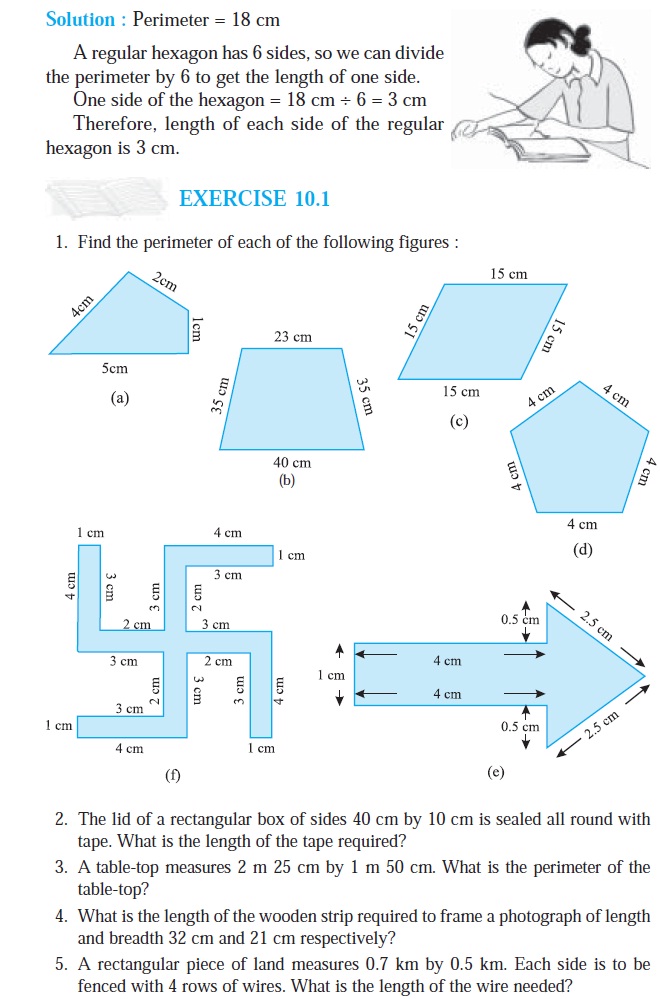 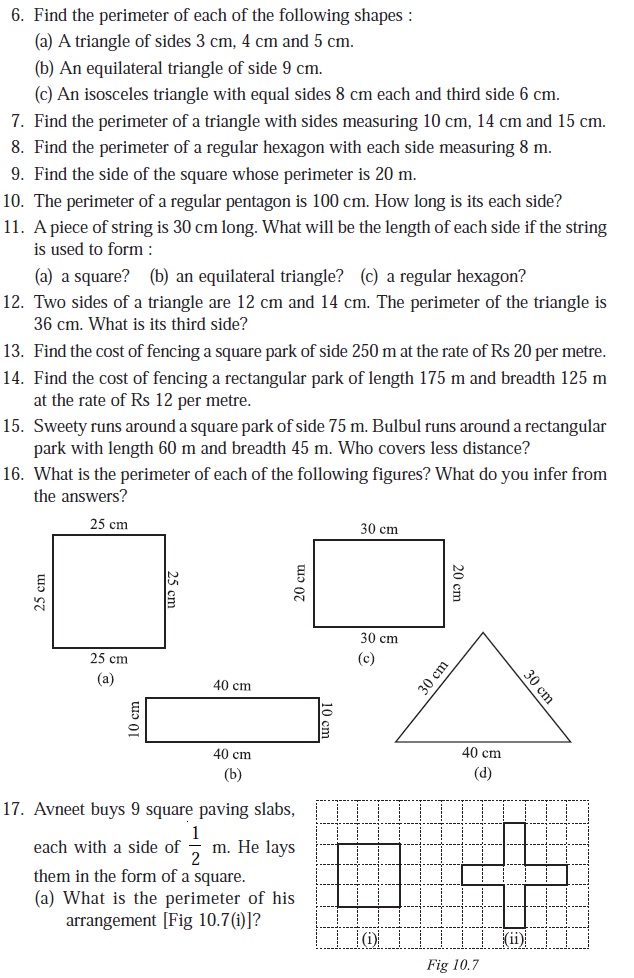 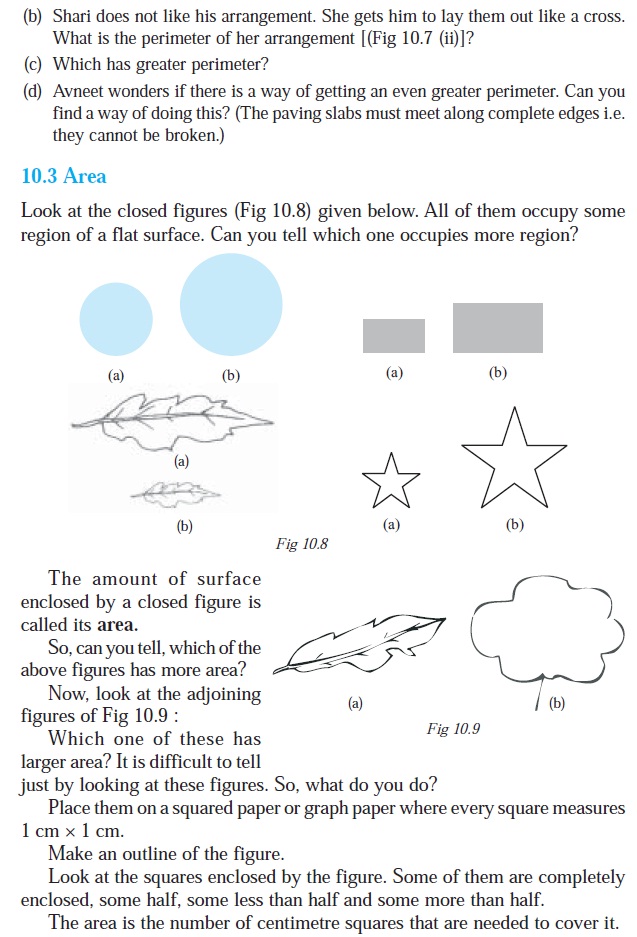 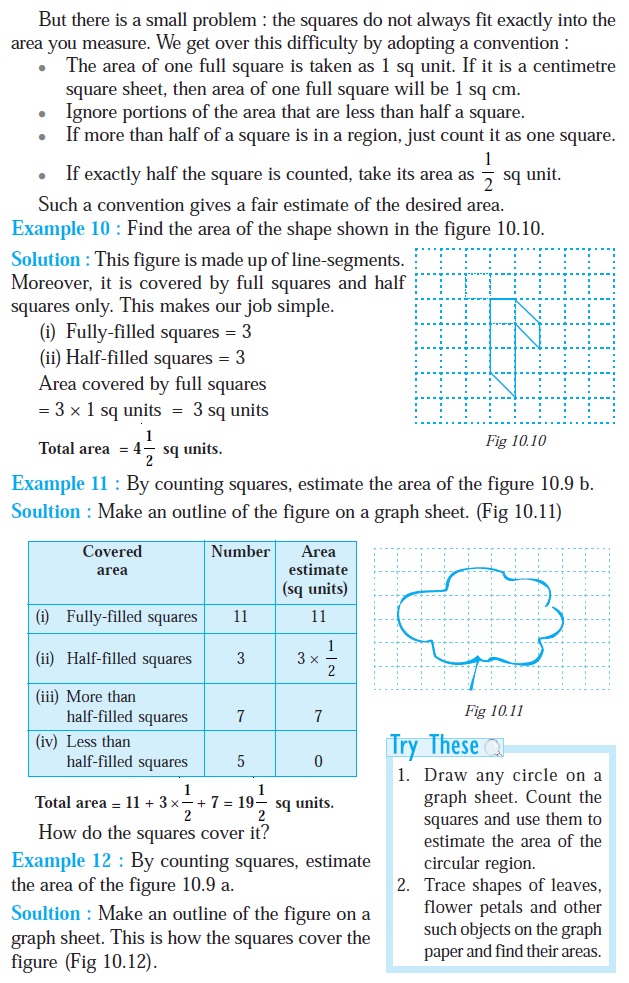 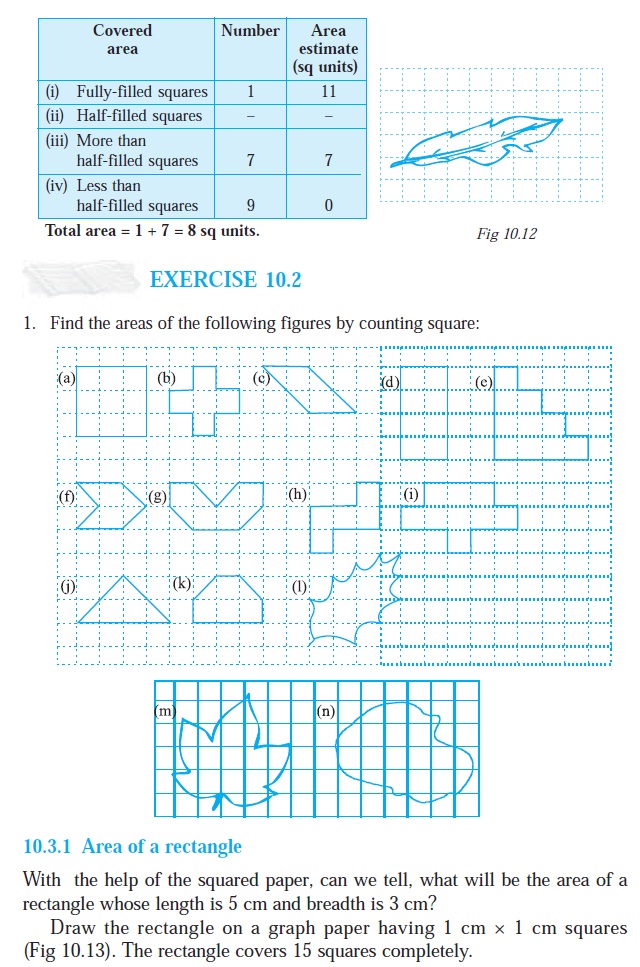 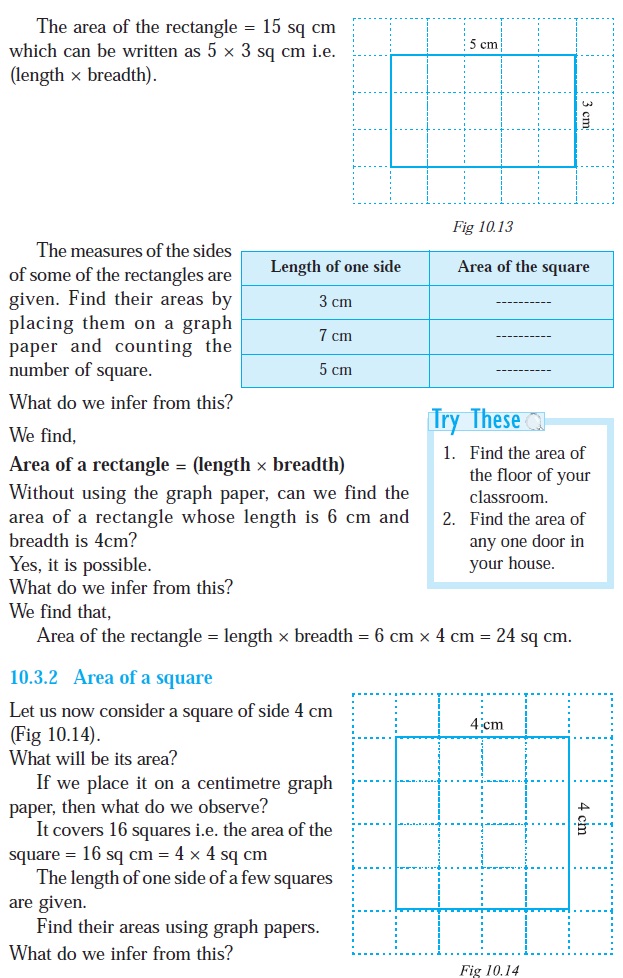 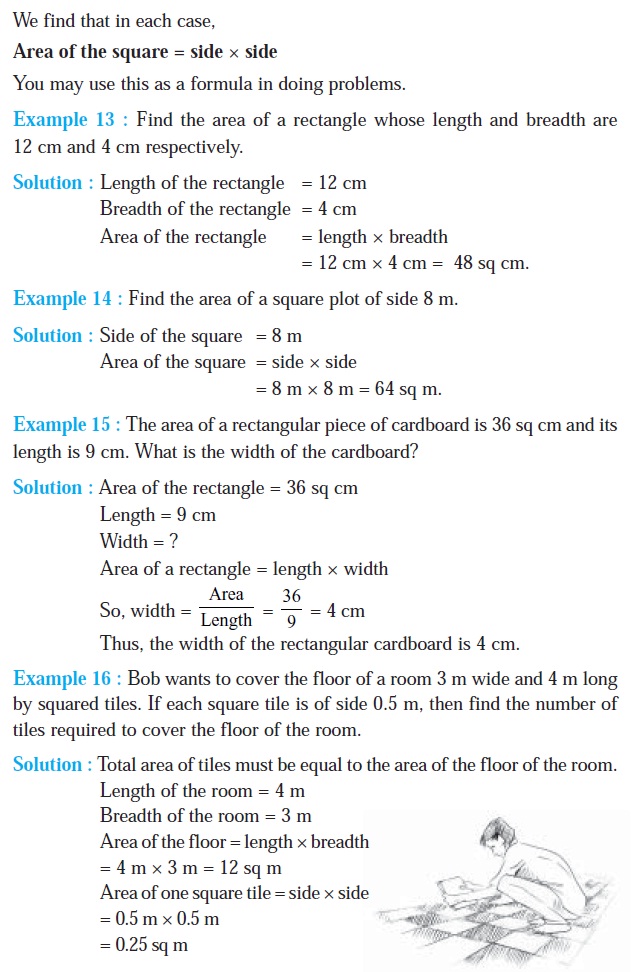 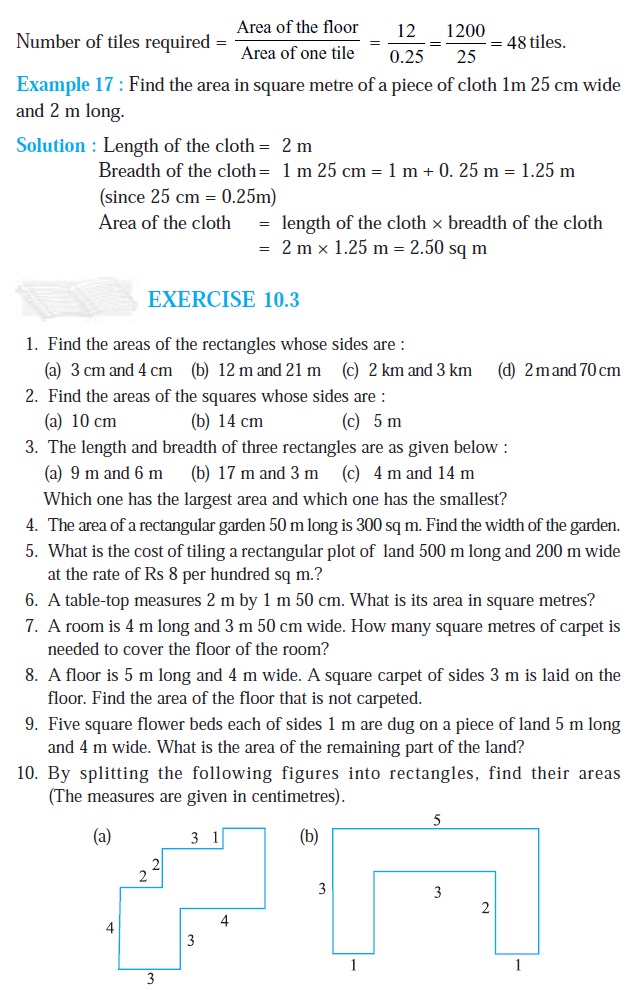 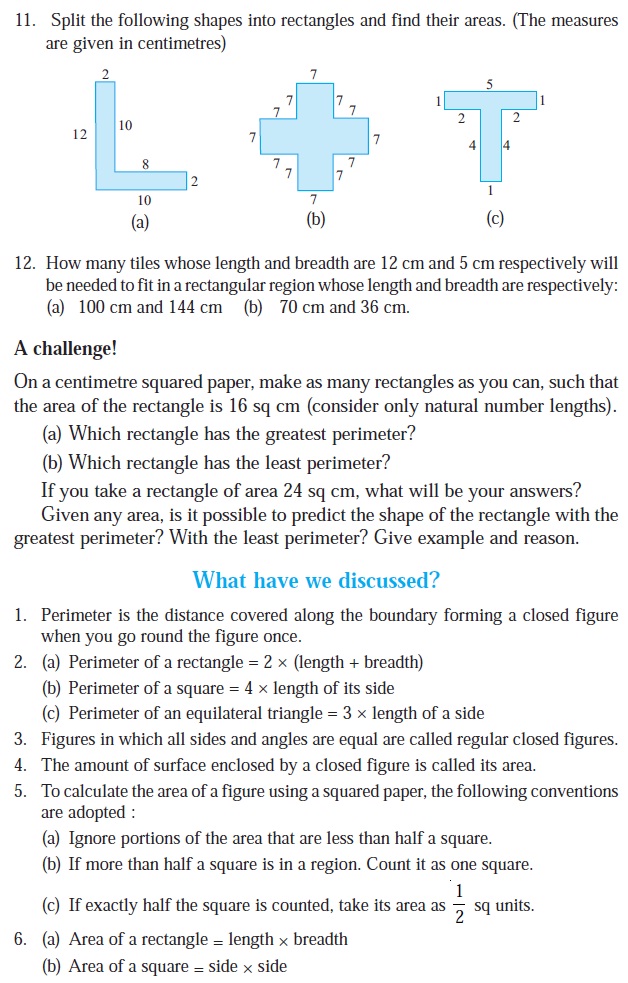