Before You Read
Have you ever read a comic book? A comic book contains stories told mainly through pictures. 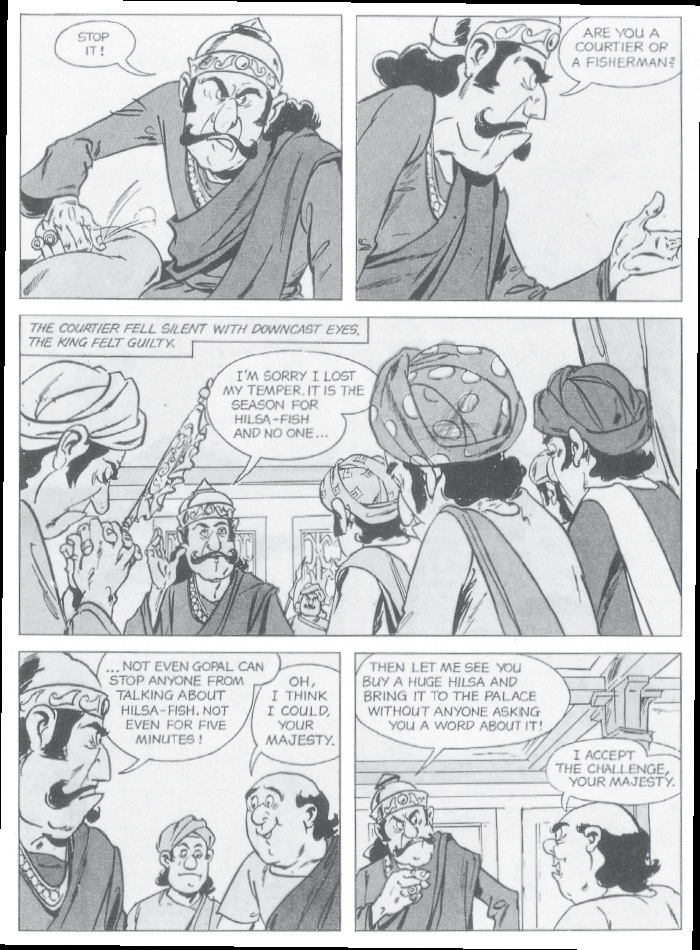 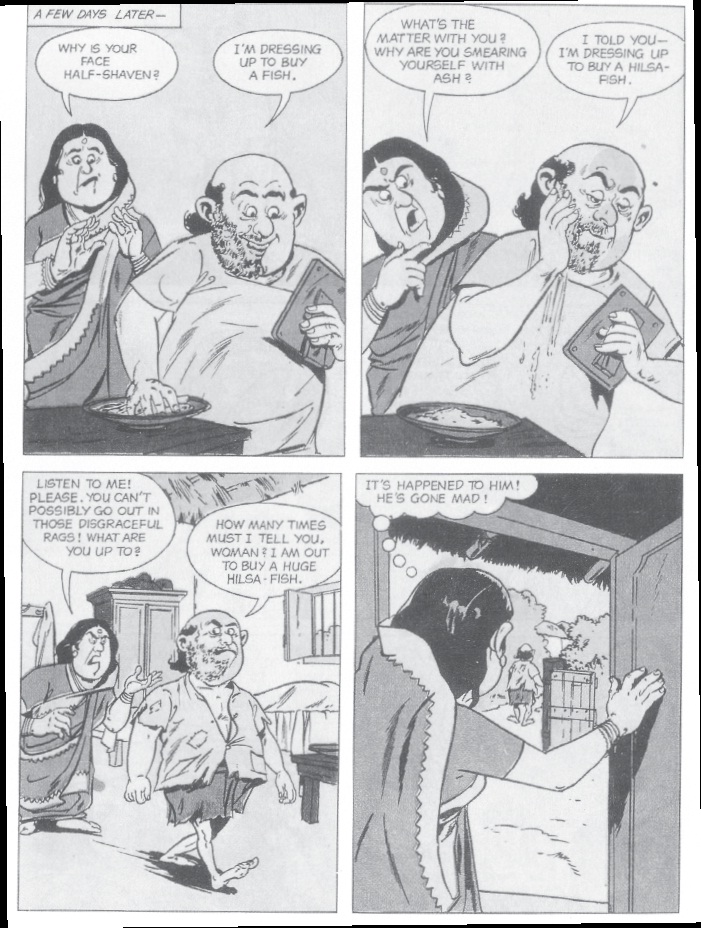 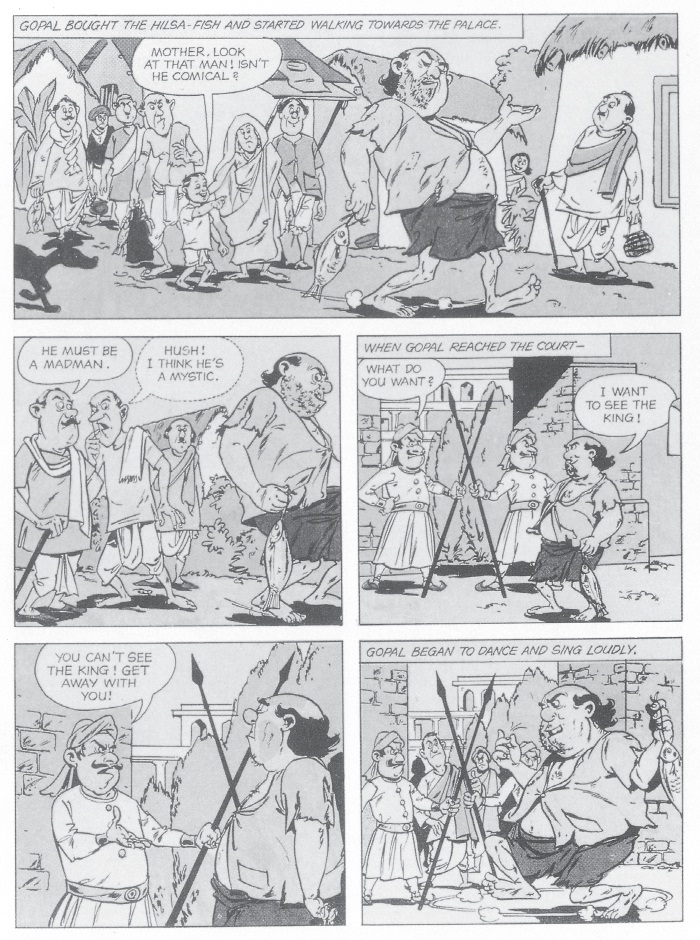 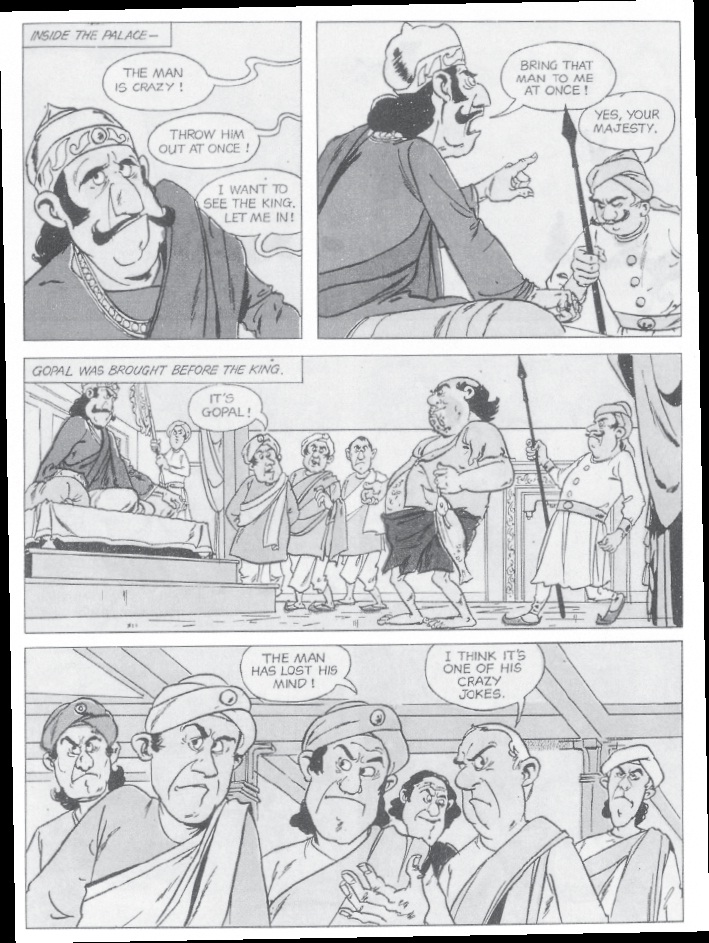 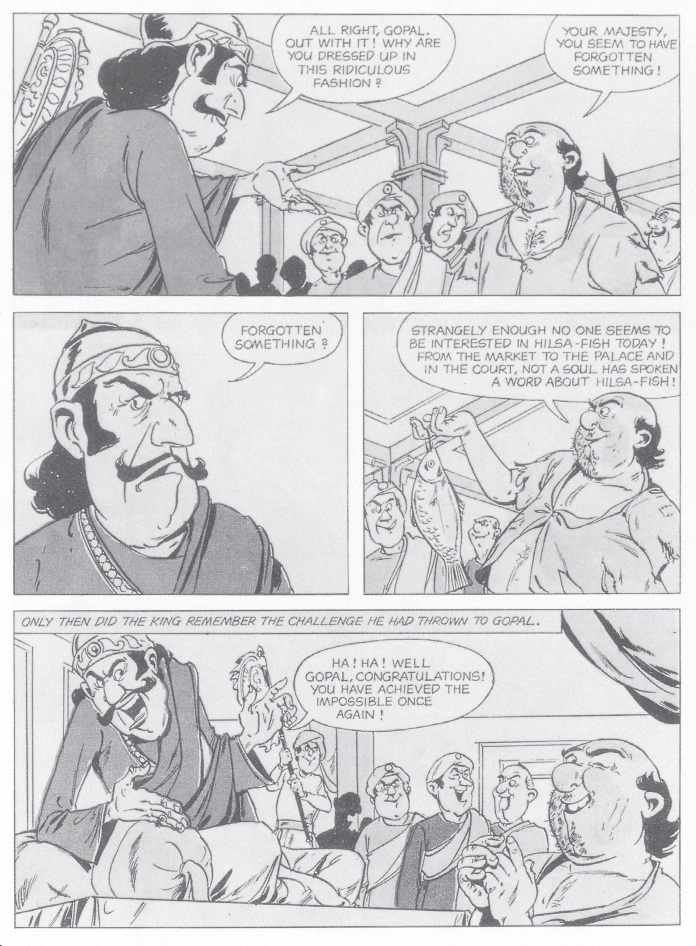 1. Why did the king want no more talk about the hilsa-fish?

2. What did the king ask Gopal to do to prove that he was clever?

3. What three things did Gopal do before he went to buy his hilsa-fish?

4. How did Gopal get inside the palace to see the king after he had bought the fish?

5. Explain why no one seemed to be interested in talking about the hilsa-fish which Gopal had bought.

6. Write ‘True’ or ‘False’ against each of the following sentences.

1. Notice how in a comic book, there are no speech marks when characters talk. Instead what they say is put in a speech ‘bubble’. However, if we wish to repeat or ‘report’ what they say, we must put it into reported speech.

Change the following sentences in the story to reported speech. The first one has been done for you.

2. Find out the meaning of the following words by looking them up in the dictionary. Then use them in sentences of your own.

1. Look at the pictures and read the text aloud. 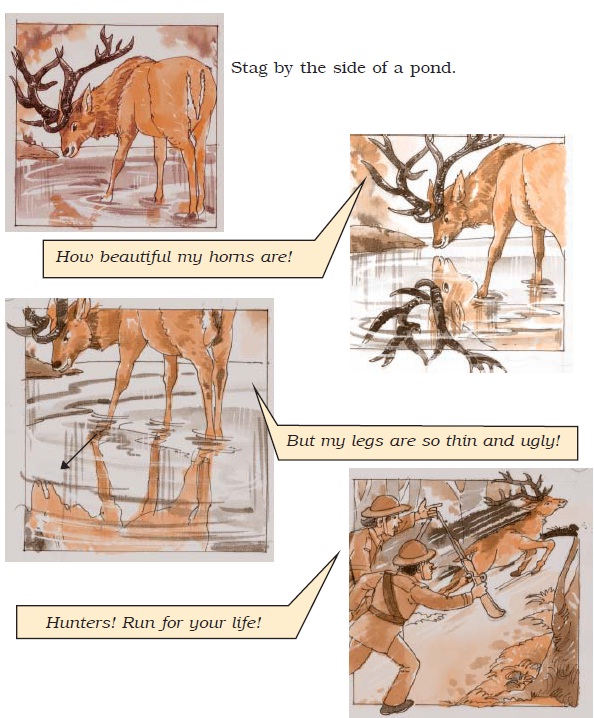 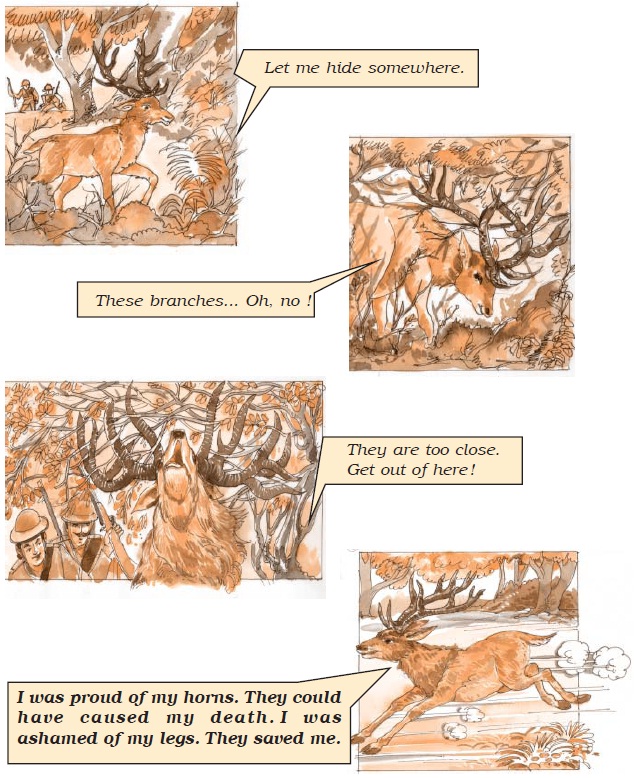 2. Now ask your partner questions about each picture.

3. Now write the story in your own words. Give it a title. 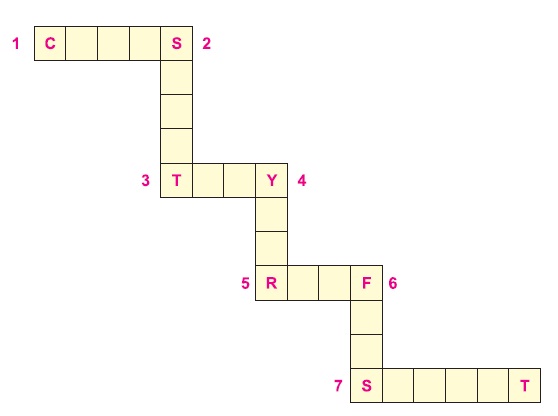 7. Don’t cross the till the green light comes on.

Do you know what a shed is? A cow shed, a tool shed, a wood shed, for example. It’s a small room, away from the main house, for storing or keeping things, animals, tools, vehicles, etc. Ask your partner if she/he has ever seen a shed. Let her/ him describe it to the class.
Now read the poem.
There’s a shed at the bottom of our garden With a spider’s web hanging across the door, The hinges are rusty and creak in the wind.
When I’m in bed I lie and I listen, I’ll open that door one day. 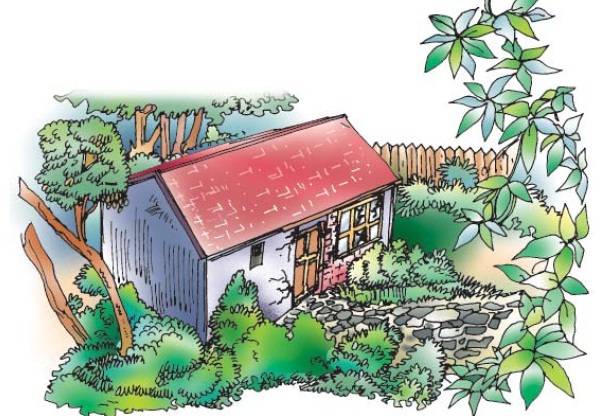 There’s a dusty old window around at the side
With three cracked panes of glass,
I often think there’s someone staring at me
Each time that I pass,
I’ll peep through that window one day.

My brother says there’s a ghost in the shed
Who hides under the rotten floorboards,
And if I ever dare to set foot inside
He’ll jump out and chop off my head,
But I’ll take a peek one day.

I know that there isn’t really a ghost,
My brother tells lies to keep the shed for his den;
There isn’t anyone staring or making strange noises
And the spider has been gone from his web
since I don’t know when,

I’ll go into that shed one day soon,

But not just yet…

1. Answer the following questions.
(i) Who is the speaker in the poem?
(ii) Is she/he afraid or curious, or both?
(iii) What is she/he planning to do soon?
(iv) “But not just yet…” suggests doubt, fear, hesitation, laziness or something else. Choose the word which seems right to you. Tell others why you chose it.

2. Is there a room in your house or a house in your neighbourhood/locality where you would rather not go alone, and never at night? If there is such a place and a story to go with it, let others hear all about it.