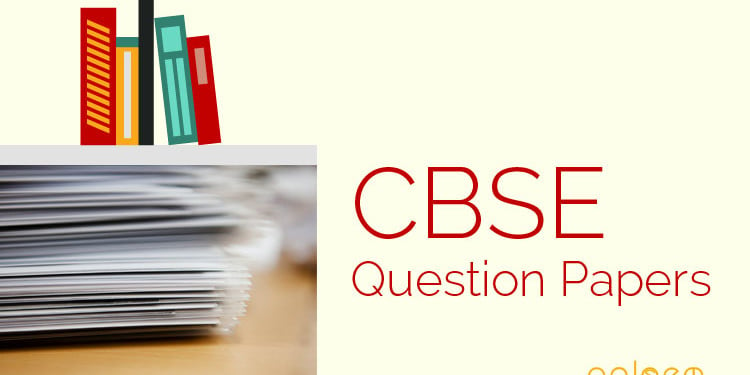 Central Board of Secondary Education Question Paper for English subject are given below.

Heartbeat gets abnormal after exercising, running, or after some strenuous work. There is nothing to worry about. But if your heart beats at irregular pace often, then it is time you take it seriously as you might be suffering from a heart ailment called Arrhythmia.

A normal heart beats 60-100 times per minute while resting, but if it starts beating too slowly or too fast or if the heartbeat is irregular or premature, then that condition is known as Arrhythmia. People tend to avoid it as a minor issue little knowing that it can lead to a stroke, fall due to drop in BP, loss of consciousness or even heart failure.

In a country where people take time to press the panic button when it comes to illnesses and medical problems, it is no surprise that a number of cases of irregular heartbeats go unnoticed for quite long. Some dismiss it as just a recurring symptom of body weakness; others may ignore it as a side effect of blood pressure issues. The lack of awareness about Arrhythmia means not many people even take note of the symptoms.

When heart beat is too fast, it is tachycardia, while the opposite known as bradycardia. An irregular heartbeat may be due to atrial fibrillation.

The problem is that the symptoms are quite vague and can be associated with other minor problems as well. In India, not many people are aware that there is a heart’s electricity related disorder called Arrhythmia. Often it is diagnosed when doctors are checking a patient for something else. More often, by the time it is diagnosed major damage has already been caused.

It is important to take seriously any abnormality in the rhythm of our heart. There are many symptoms that can help predict arrhythmia like shortness of breath, weakness, early fatigue, palpitations, thumping in the chest, dizziness, chest pain, fainting, and of course too fast or slow heartbeats. Ignoring these symptoms is like inviting a big health trouble.

While some Arrhythmias can be harmless, some can be life threatening as it may disrupt the normal functioning of the heart. In some cases, it can lead to heart failure too. The condition is treatable with the help of implantation of pacemaker, devices or through burning the points from where irregular beats originate though radiofrequency heat waves. There are a few things in medicine where a permanent cure is possible. For certain Arrhythmias this stands true with radiofrequency ablation.

The Colaba area of Bombay

1. Mumbai is a city of dreams and shocking realities. It is both the home of Bollywood bling and bumper-to-bumper traffic. The city started out as a dowry item given to King Charles II in 1662, and rose to become the darling of the British empire.

2. At the southernmost tip of this city lies Colaba, the old British quarter of the city. Long regarded as Mumbai’s unofficial tourist headquarter, today Colaba is undergoing a grand renaissance, Indian style. The advantage of this locality is that it lends itself to renovation and facelifts. Colaba is compact, walkable and packed with stuff to see and do. Every week new cafes, restaurants, boutiques open in this place.

3. The best time to explore the area is early morning when the city wakes. You will see masala tea being brewed on a thousand pavement stalls, great urns of fresh milk delivered from the countryside, the tops of the cans covered with straw. Children with freshly washed faces and hair plastered back hurry to school. And best of all, the frantic chirping of the birds in the banyan trees.

4. Head to the Sassoon Dock around 7 am. It is a hive of commotion as fishermen rush to get their haul to the market along the quay, elbows jabbing, mouths yelling, bare feet scurrying through fish guts and slime.

5. On the other side, there is fairytale solitude at the Afghan Church. A vast stone statement of colonial might, it is dedicated to the British soldiers who fell in the 19th-century Afghan wars. Crumbling into dust, the battle standards still hang in glass cases.

6. Shopping in Colaba caters to every budget, style and taste. At one end of the scale there are fashionable boutiques, which have are housed in centuries-old buildings of the Raj. Some of them like bungalow and are hard to find. But the rewards are ample and exquisite kaftans, home furnishings, and gifts are tucked into these shops. The other Colaba landmark is Bombay Electric which is a mix of fashion, music, home wares and entertainment.

7. At the other end of the scale are the pavement stalls a stone’s throw away on Colaba Causeway. A rumpus of hawkers and street vendors, it is the place to pick up hippy chic. The dyed sweat pants and bead necklaces, incense, dubious antiques and silk scarves with prices as low as your bargaining skills can take you.

b) The term solitude refers to ___

Section B – Writing and Grammar

3. You are Anil. You are disturbed when you witness that children are victims of many hateful factors like profit motive, greed, indifferent attitude of many people. You wonder why a large chunk of child population is still languishing in the hell of child labour. Will their life never change? Though we talk of abolishing child labour yet a lot more needs to be done. As Anil, write an article for “The Times News” expressing your concern and the need to take concrete steps to abolish child labour. (100-120 words) (5)

8. Read the following extract carefully and answer briefly with reference to the context. (Any ONE) (3)
(A) I am silver and exact. I have no preconceptions I
Whatever I see I swallow immediately
Just as it is, unmisted by love or dislike.
I am not cruel only truthful-
(i) Why does the mirror say ‘I am silver and exact’?
(ii) What is meant by ‘preconceptions’?
(iii) Why does the mirror say ‘I am not cruel’?
OR
(B) “And when we’d finished dinner I thought I’d take up a bit of something on a tray. He was lying there for all the world as if he was asleep, so I put the tray down on the bureau – (correcting herself) on the chest of drawers – and went to waken him. (A Pause) He was quite cold.”
(i) Who is the speaker and who is the listener here?
(ii) Who does ‘he’ refer to and where was he?
(iii) Why does the speaker have to correct herself?

9. Answer the following questions in about 30-40 words each. (2 X 4 = 8)
(a) How can you say that the two boys were willing workers?
(Two Gentlemen of Verona – A.J. Cronin)
(b) Why did Mrs. Packletide want to kill a tiger?
(Mrs. Packletide’s Tiger – H.H.Munro ‘Saki’)
(c) How did the creatures of Binglebog react to the nightingaIe’s singing?
(The Frog and the Nightingale – Vikram Seth)
(d) What message does the poem give?
(Not Marble, Nor the Gilded Monuments – William Shakespeare)

10. Answer the following questions in about 80 – 100 words each (Any one) (4)
(A) For now the postmaster understood Ali’s heart and his very soul. After spending but a single night in suspense, anxiously waiting for news of his daughter, his heart was brimming with sympathy for the poor old man who had spent his nights in the same suspense for the last five years.
Do you also agree that a person is able to feel others’ agony and pain when he himself has to pass through painful times as only the wearer knows where the shoe pinches. Explain. (The Letter)
OR
(B) Do you think the title ‘Dear Departed’ is apt for the play? (The Dear Departed)