NIOS has introduced 100% On-line admission at the Secondary and the Senior Secondary level in order to facilitate learners to register. The NIOS takes conscious steps to provide quality education. The Govt. of India has vested in NIOS the authority to conduct Public Examinations and provide the Secondary and the Senior Secondary level certificates, which are equivalent to the certificates provided by any other Board of School Education. The Public Examinations are held twice in an year. Candidates can get complete details on NIOS Admission 2019-20 from this page.

Latest: The online registration for Stream-1 Block-2 has been started. Click Here to apply.

NIOS is going to conduct the online admission for the academic year 2019-20. NIOS acknowledges previous knowledge by allowing transfer of credits of upto two subjects passed from International, National and State Boards of Examination / State Open Schools with whom NIOS has entered into agreements. 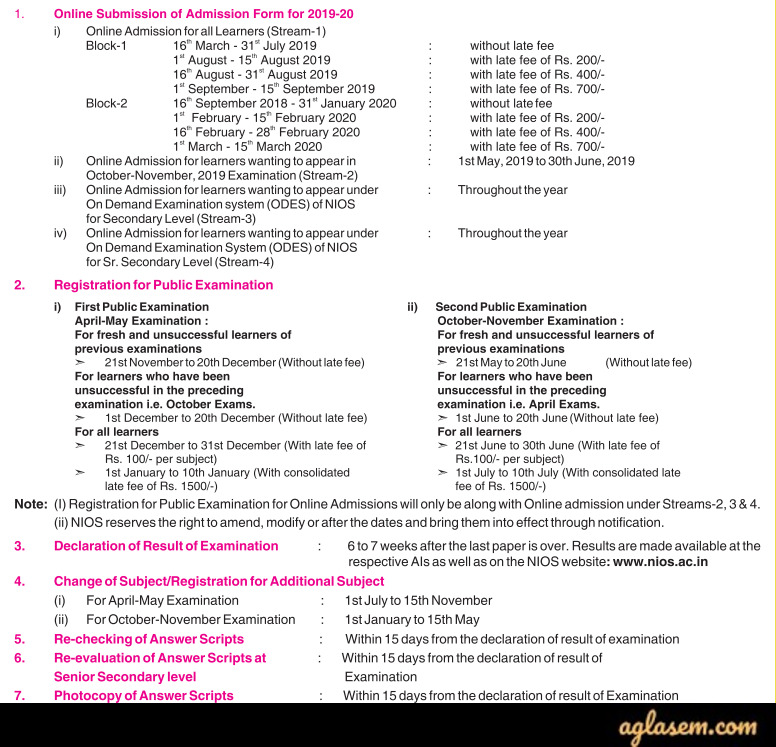 The Scheme of Studies for the Secondary and the Senior Secondary Courses is given below. For obtaining a Pass Certificate, a learner is required to pass in a minimum of five subjects including one or maximum of two languages from Group ‘A’ and other three or four subjects from Group ‘B’. However, a learner is free to take upto two additional subjects and thus can choose maximum of seven subjects. 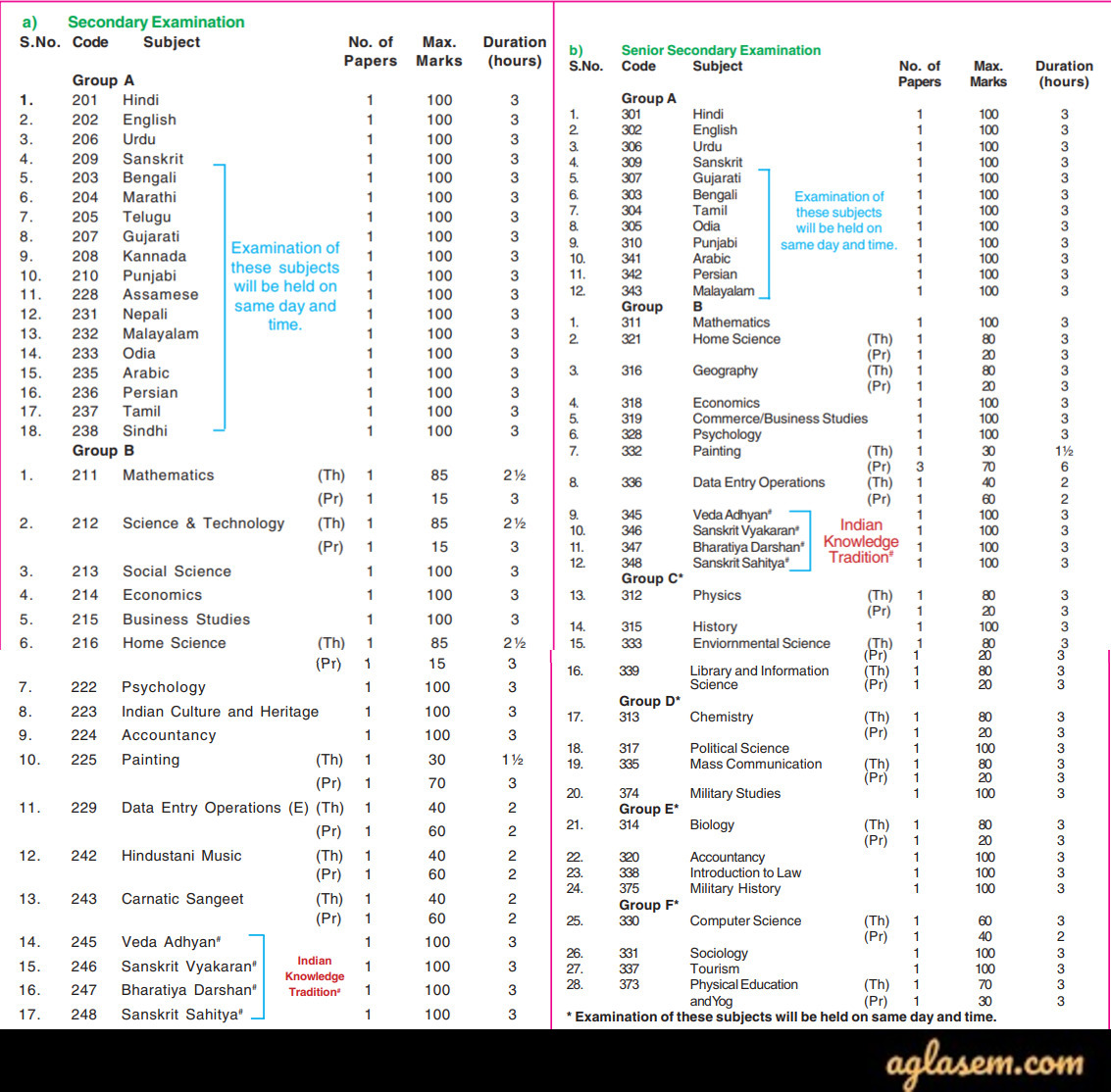 The learners of NIOS at Secondary/Senior Secondary level who have completed their validity period of five years of admission, but could not complete the course, are eligible to take Re-admission with NIOS. The credit of subjects passed (maximum of four subjects) in the previous admission will be transferred on submission of the original Marksheet for seeking fresh admission, if these subjects are passed by the learners through NIOS during the last ten years (i.e., if passed during 2010 or later). The learner is required to pay TOC fee as per details in Table6A by mentioning Code No. “9901 National Institute of Open Schooling”.

Note: Re-admission is not allowed to the learners of NIOS whose admission is still valid.

Ex-Secondary/Senior Secondary learners of the Recognised Boards of School Education who have passed in at least one subject, but have not qualified in the course, may seek admission in the respective course at NIOS and avail facility of TOC.

Note: A learner should seek Transfer of Credits (TOC) at the time of admission in the subjects which are included in NIOS scheme of studies.