Council of Scientific & Industrial Research (CSIR) is the premier Industrial R&D Organization in India. On the occasion of its Diamond Jubilee in 2002, CSIR initiated Invention Award for school children to create awareness, interest and motivation for Intellectual Property amongst children.

On the occasion of the World Intellectual Property Day, which is celebrated through out the world on 26th April, CSIR invites applications for the ‘CSIR Innovation Award for School Children (CIASC-2012)’.

Applicant must provide the details of the innovation submitted for the award in not more than 5000 words in English/Hindi including an abstract (in not more than 100 words), authenticated (by giving seal and date) and sent through the Principal / Head of the School where the student is enrolled and personal details on a separate page as follows:

In case of proposals already selected for state, national, international or equivalent awards, only the subject matter covering the improvements need to be submitted for consideration of CIASC-2012.Innovations Published/Exhibited during the period January 1 to October 31,2012 may be considered for the award.

The applications for the award not exceeding 5000 words in English/Hindi with requisite drawings/photographs will be considered. The write-up must describe the subject matter in a problem-solution mode and highlighting the novel features of the innovation and its advantages.

Any Indian student enrolled in an Indian school below the age of 18 years as on 31st July 2012 can apply. A Student can make only one entry. Proposals can be submitted by a student or a group of students.

The innovation submitted should be a new concept or idea or a solution to an existing problem or completely a new method/ process/ device/ utility. The concept of the innovation should have been proved through a model, a prototype or experimental data. In case of working model/prototype only photos/videos/drawings may be sent along with the application.

Essays/mere compilation of information from published literature/downloaded from internet will not be considered for award. Details of any assistance/ guidance provided by teachers/parents/friends or others must be appropriately acknowledged.

Applications received on or before 31st October 2012 will be considered for the Award.

NO OF PRIZES AND CASH AWARD

Prizes: There are in all 30 prizes. Besides a certificate, the cash awards are:

It is not mandatory that all the above 30 prizes for the award would be given.

The awardees will be selected by a high level Awards Selection Committee. If required, the short listed candidates may be called for Interview at Delhi or at any other appropriate place. The decision of the Award Selection Committee / CSIR will be final and binding on the applicants and no enquiries / correspondence in this regard will be entertained.

The Award will be announced on January 1, 2013 at New Delhi. Result will be available on CSIR website csir.res.in and urdip.res.in and would be communicated to the Awardees only. 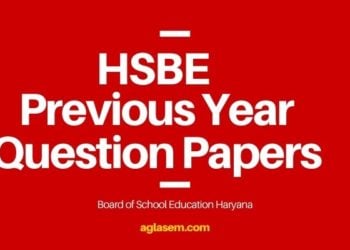