A G.P. is a sequence whose first term is non-zero and each of whose succeeding term is r times the preceding term, where r is some fixed non – zero number, known as the common ratio of
the G.P. For example 3 + 9 + 27 + 81 is a G.P. whose common ratio is 3. 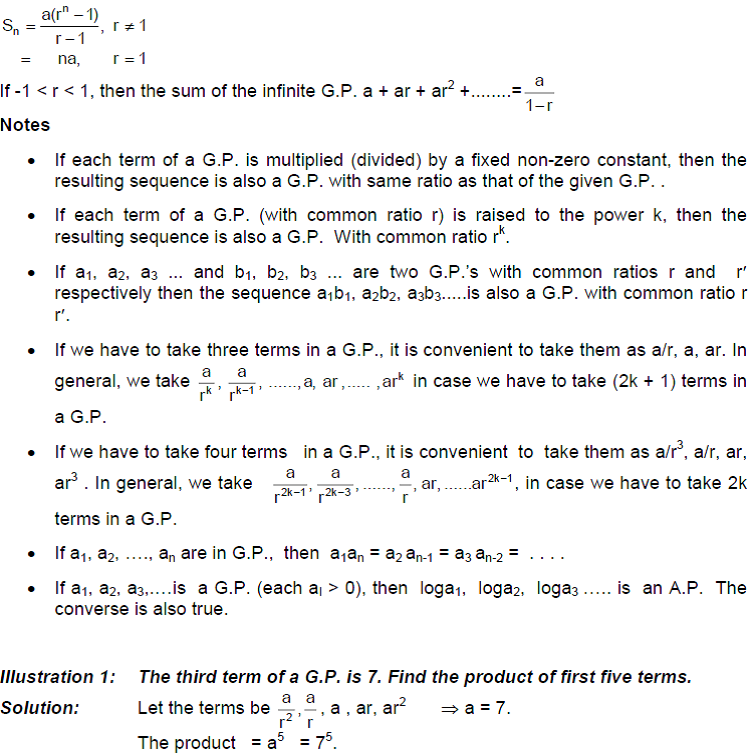