Note : Consider structures I to VII and answer the questions 23–26. 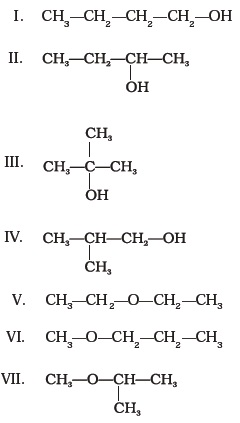