by Neepur Garg
in Olympiads

International Physics Olympiad (IPhO) 2021 will be held from July 17 to 25, 2021. Syllabus for 51st IPhO is also available here for your convenience. The syllabus is available in the pdf format also.

The syllabus has been given below. You can download it from the below provided file link.

1. Purpose of this syllabus

This syllabus lists topics which may be used for the IPhO. Guidance about the level of each topic within the syllabus is to be found from past IPhO questions.

1.2 Character of the problems

Problems should focus on testing creativity and understanding of physics rather than testing mathematical virtuosity or speed of working. The proportion of marks allocated for mathematical manipulations should be kept small. In the case of mathematically challenging tasks, alternative approximate solutions should receive partial credit. Problem texts should be concise; the theoretical and the experimental examination texts should each contain fewer than 12000 characters (including white spaces, but excluding cover sheets and answer sheets).

Questions may contain concepts and phenomena not mentioned in the Syllabus providing that sufficient information is given in the problem text so that students without previous knowledge of these topics would not be at a noticeable disadvantage. Such new concepts must be closely related to the topics included in the syllabus. Such new concepts should be explained in terms of topics in the Syllabus.

Numerical values are to be given using SI units, or units officially accepted for use with the SI.

It is assumed that the contestants are familiar with the phenomena, concepts, and methods listed below, and are able to apply their knowledge creatively.

The ability to make appropriate approximations, while modelling real life problems. Recognition and ability to exploit symmetry in problems.

Law of gravity, gravitational potential, Kepler’s laws (no derivation needed for first and third law). Energy of a point mass on an elliptical orbit.

Gauss’ law (for E- and B-fields); Ampère’s law; Faraday’s law; using these laws for the calculation of fields when the integrand is almost piece-wise constant. Boundary conditions for the electric field (or electrostatic potential) at the surface of conductors and at infinity; concept of grounded conductors. Superposition principle for electric and magnetic fields; uniqueness of solution to wellposed problems; method of image charges.

2.3.3 Interaction of matter with electric and magnetic fields

2.4.4 Interaction of electromagnetic waves with matter

Particles as waves: relationship between the frequency and energy, and between the wave vector and momentum. energy levels of hydrogen-like atoms (circular orbits only) and of parabolic potentials; quantization of angular momentum. Uncertainty principle for the conjugate pairs of time and energy, and of coordinate and momentum (as a theorem, and as a tool for estimates);

Planck’s law (explained qualitatively, does not need to be remembered), Wien’s displacement law; the StefanBoltzmann law.

The theoretical knowledge required for carrying out the experiments must be covered by Section 2 of this Syllabus.

The experimental problems should contain at least some tasks for which the experimental procedure (setup, the list of all the quantities subject to direct measurements, and formulae to be used for calculations) is not described in full detail.

The expected number of direct measurements and the volume of numerical calculations should not be so large as to consume a major part of the allotted time: the exam should test experimental creativity, rather than the speed with which the students can perform technical tasks. The students should have the following skills.

Knowing standard safety rules in laboratory work. Nevertheless, if the experimental set-up contains any safety hazards, the appropriate warnings should be included in the text of the problem. Experiments with major safety hazards should be avoided.

Being familiar with the most common experimental techniques for measuring physical quantities mentioned in the theoretical part.

Knowing commonly used simple laboratory instruments and digital and analog versions of simple devices, such as calipers, the Vernier scale, stopwatches, thermometers, multimeters (including ohmmeters and AC/DC voltmeters and ammeters), potentiometers, diodes, , lenses, prisms, optical stands, calorimeters, and so on.

Sophisticated practical equipment likely to be unfamiliar to the students should not dominate a problem. In the case of moderately sophisticated equipment (such as oscilloscopes, counters, ratemeters, signal and function generators, photogates, etc), instructions must be given to the students.

Being aware that instruments may affect the outcome of experiments. Being familiar with basic techniques for increasing experimental accuracy (e.g. measuring many periods instead of a single one, minimizing the influence of noise, etc).

Expressing the final results and experimental uncertainties with a reasonable number of significant digits, and rounding off correctly.

Identification of dominant error sources, and reasonable estimation of the magnitudes of the experimental uncertainties of direct measurements (using rules from documentation, if provided).

Distinguishing between random and systematic errors; being able to estimate and reduce the former via repeated measurements.

Finding absolute and relative uncertainties of a quantity determined as a function of measured quantities using any reasonable method (such as linear approximation, addition by modulus or Pythagorean addition).

Transformation of a dependence to a linear form by appropriate choice of variables and fitting a straight line to experimental points. Finding the linear regression parameters (gradient, intercept and uncertainty estimate) either graphically, or using the statistical functions of a calculator (either method acceptable).

Degrees and radians as alternative measures of angles. Equality of alternate interior and exterior angles, equality of corresponding angles. Recognition of similar triangles. Areas of triangles, trapezoids, circles and ellipses; surface areas of spheres, cylinders and cones; volumes of spheres, cones, cylinders and prisms. Sine and cosine rules, property of inscribed and central angles, Thales’ theorem, medians and the centroid of a triangle. Students are expected to be familiar with the properties of conic sections including circles, ellipses, parabolae and hyperbolae.

Summation, multiplication and division of complex numbers; separation of real and imaginary parts. Conversion between algebraic, trigonometric, and exponential representations of a complex number. Complex roots of quadratic equations and their physical interpretation.

Using linear and polynomial approximations based on Taylor series. Linearization of equations and expressions. Perturbation method: calculation of corrections based on unperturbed solutions. Numerical integration using the trapezoidal rule or adding rectangles. 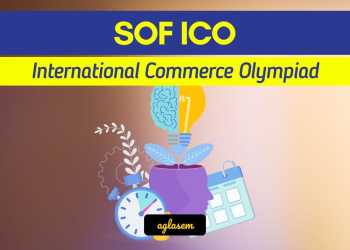