Class 12th Economics Chapter 5 – Government Budget and Economy NCERT Solution is given below.

Question 1. Explain why public goods must be providing by the government?

Question 3. ‘The fiscal deficit gives the borrowing requirement of the government’. Elucidate.

Answer Fiscal deficit refers to excess 01 government expenditure over its receipts exclusive of borrowing Thus, fiscal deficit points to borrowings
requirement of the government to cope with its expenditure of he year Higher borrowing implies higher burden of repayments of loans and of Interest on the future genera lion As this burden mounts up, year after year, resource base future generation tends to shrink. This will definitely retard the process of future growth. Particularly, when borrowings by the government are used for non-productive purpose

Question 4. Give the relationship between the revenue deficit and the fiscal deficit.

Accordingly, resources available for revenue expenditure are reduced. Growth process is hindered The government is once again compelled to take loans adding to its fiscal deficit.

Thus revenue deficit and fiscal deficit tend to push up each other.

Question 5. Suppose that for a particular economy, investment is equal to 200, government purchases are 150, net taxes (that is lump-sum taxes minus transfers) is 100 and consumption is given by C=100+0.75y 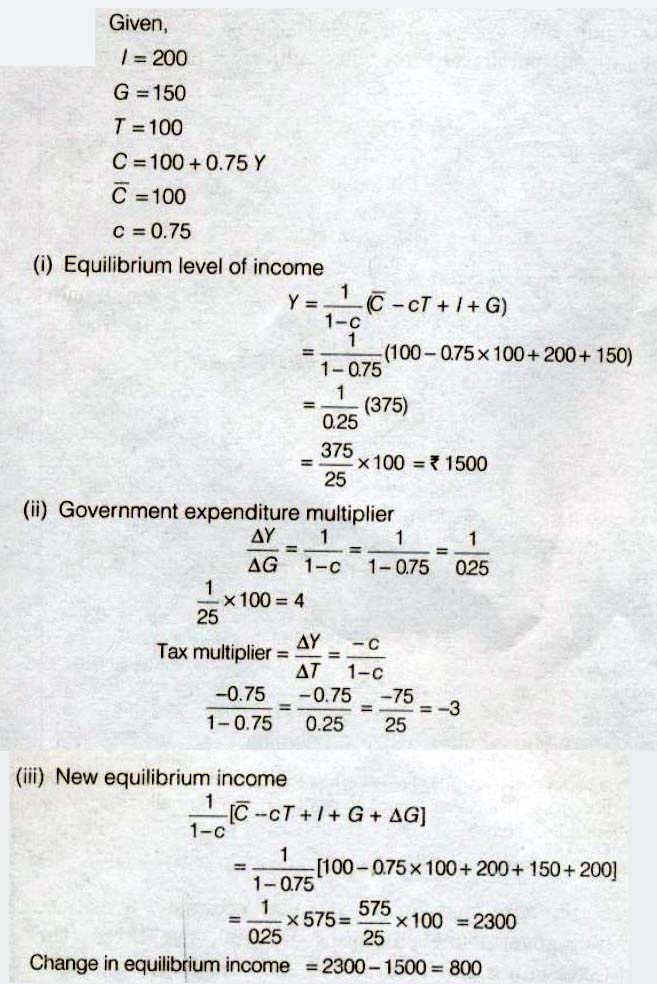 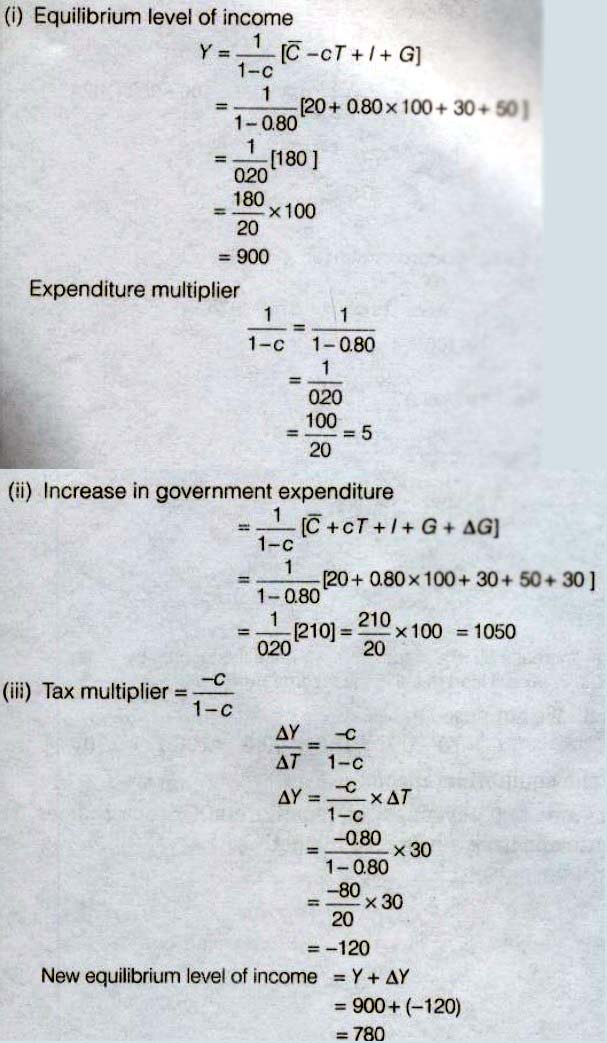 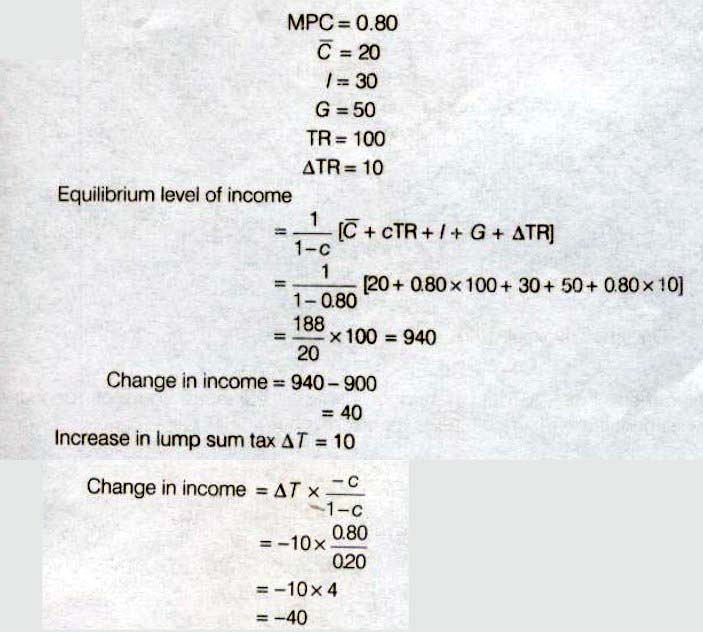 Question 8. We suppose that

Question 9. Suppose marginal propensity to consume is 0.75 and there is a 20% proportional income tax. Find the change in equilibrium income for the following

(i) Government purchases increase by 20
(ii) Transfers decrease by 20. 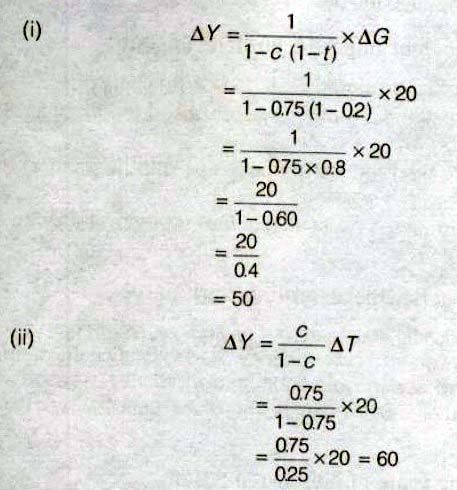 Question 10. Explain why the tax multiplier is smaller in absolute value than the government expenditure multiplier?

Answer The tax multiplier is negative, implies an increase in taxes leads to fall in output It is smaller In absolute value than the spending multiplier we can say higher taxes reduces the people’s disposable Income, thereby reducing their consumption

Explaination by taxing an example

Thus, It is clear that government expenditure multiplier is more than the tax mulliplier.

Answer The concepts of deficit and debt are closely related Deficit can be thought of as a flow which add to the stock of debt It the government
continues to borrow year after year, it leads to the accumulation of debt and the government has to pay more and more by way of Interest These interest payments them selves contribute to the debt

(i) When government has Imposed new taxes or raised the existing tax rates to repay the debt
(ii) When public debt is taken for war purposes or debt is used in an unplanned manner.
(iii) When debt IS to be redeemed by Issuing of new currency it will cause inflation in the country.

Answer Yes, If fiscal deficit is financed by issuing new currency it will increase inflation. It may be worsen if new currency used to finance the current consumption expenditure of the government. It new money is used for infrastructural activities or other capital projects, then fiscal deficit will not to be inflationary.

Answer The deficit can be reduced through the following

(i) Increase in Receipts Government can impose new taxes or increase rate of existing taxes to increase ItS receipts Receipts reduce the deficit.