The biggest source of metals is earth’s crust. Metals are also found in rocks, sea water, some impurities, etc depending upon their chemical nature. Less electropositive metals have less affinity for oxygen, moisture and hence occur in free or native or uncombined state, e.g. Au, Pt, Ag, etc. While the metals with higher electropositive character occurs in combined state as compounds.

The naturally occurring chemical substances in the earth’s crust which are obtained by mining are known as minerals. Minerals which can be used as a source for commercial recovery of a desired substance are termed as ores. Earthy substance associated with ores are called gangue.

Sixteen most abundant elements in the earth’s crust are given as: 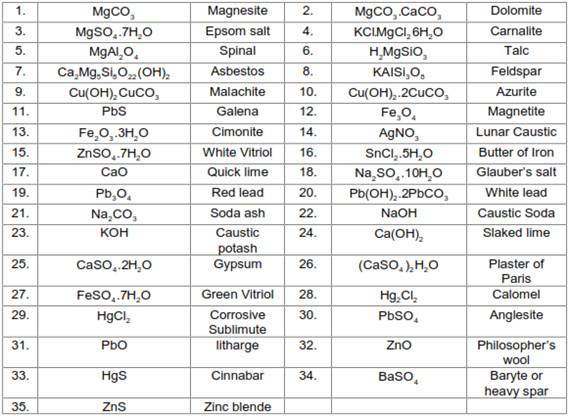 Some important alloys and their uses are as follows: 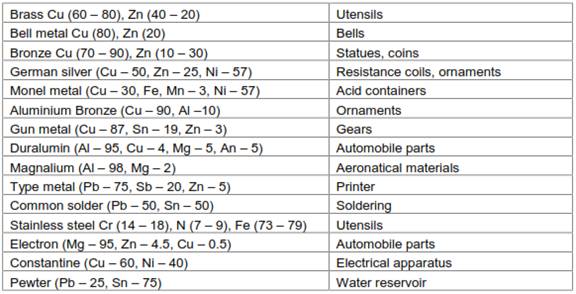 Illustration 1.    (i)   List three metals that are found in nature as oxide ores.

(ii)   If earth had the atmosphere that contained only and no then what would be the composition of the minerals you would expect to find.

Illustration 2.    An ore which does not contain oxygen is

Chalcopyrite is a sulphide ore. 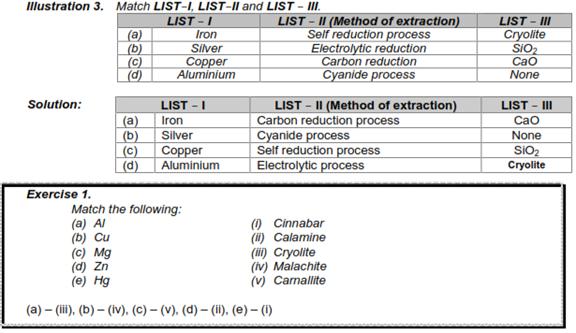