Q.1       How is adsorption of gas related to its critical temperature?

Ans.     When adsorption occurs, entropy decreases, ΔS is –ve, ΔG=ΔH-T ΔS and for this process to be spontaneous ΔG must be –ΔG. This can be only possible if ΔH is –ve thus the process is exothermic.

Q.3       Why it is essential to wash the precipitate with water before estimating it quantitatively?

Ans.     Some amount of estimating mixed to form the precipitate remains adsorbed on the surface of particles of precipitate. Hence it is essential to wash the precipitate with water to remove the stacking electrolytes or any other impurity before estimating it.

Q.4       Why is Ferric chloride preffered over potassium chloride in case of leading to Bleeding?

Ans.     Blood has negatively charged colloidal particles it is coagulated by +ve ions. As Fe+3 ions have a greater +ve charge than K+ ions. Coagulation with Fe+3 ions is Faster Hence they preferred.

Q.5       Why peptizing agent is added to convert the precipitate into Colloidal solution?

Q.9       Why are powdered substance more effective adsorbent than their crystalline forms?

Ans.       The amount of heat evolved when one mole of the gas is adsorbed on the adsorbent is called the heat of adsorption.

Q.11       Point out the differences between Adsorption and Absorption?

Q12        How does a solid catalyst enhance the rate of combination of the gaseous molecules?

Ans.       As the gaseous molecules of the reactant are adsorbed on the surface of solid catalyst their concentration on surface increases and they lie close to each other. Greater the concentration faster is the reaction. Closeness of reactant molecules to each other also gives them a better chance to react. Moreover adsorption is an exothermic process. The heat released further increases the rate of reaction.

Q13        How does the emulsifying agent stabilize the emulsion? 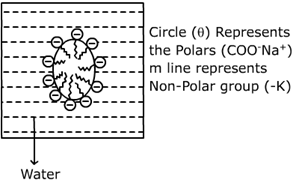 Q14     Explain the protective action of the lyophilic colloids?

Q15     Point out the differences between the lyophobic and lyophilic colloids? 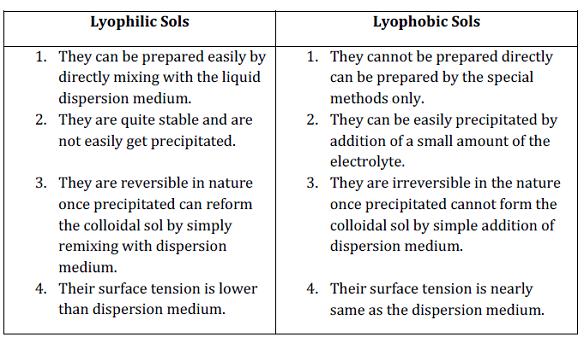 Q.17    What are Zeolites or shape selective catalysts?

Ans.     Zeolites are alumino silicates having three dimensional honey comb like network  structure and containing water molecules of hydration to use them as the catalysts, they are heated so that their water of hydration is lost. As a result the cavities become vacant and they becomes porous the size of the pores is in the range 260 – 740 pm.    Thus the molecules having size smaller than pores can be absorbed here not bigger ones that’s why they are called shape selective catalysts. An important zeolite used in            petroleum industry is ZsM5.

Q.20    What role does the adsorption plays in the heterogeneous catalysis?

Q.25    Explain the mechanism of the enzyme catalysis?