Ammonia (NH3) is one of the very important hydride found in traces in atmosphere. The atmospheric ammonia is formed by the bacterial decomposition of nitrogenous matter of plants and animals.
It was isolated in 1774 by priestly by the action of ammonium chloride and lime.

It was named alkaline air. Berthelot, in 1788, pointed out that ammonia is a compound of nitrogen and hydrogen. IN 1800, Davy established its formula NH3. 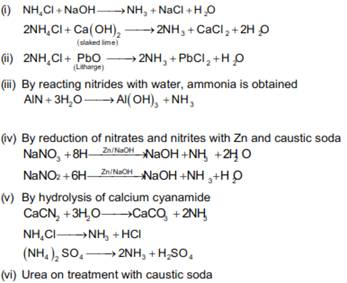 Manufacture of NH3
(i) Haber’s process 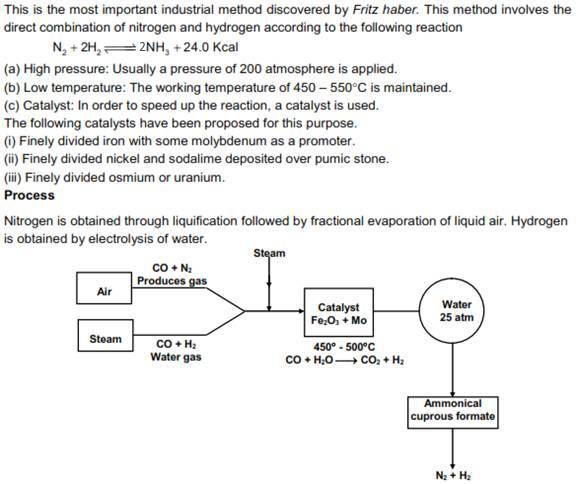 Physical Properties
(i) It is colourless gas with a characteristic pigment odour.
(ii) It is highly soluble in water due to hydrogen bonding. The solubility of ammonia increases with increase of pressure and decrease with increase of temperature.

Chemical Properties Ammonia
It is highly unstable. It decomposes into nitrogen and hydrogen at red heat or when electric sparks and passed through it. 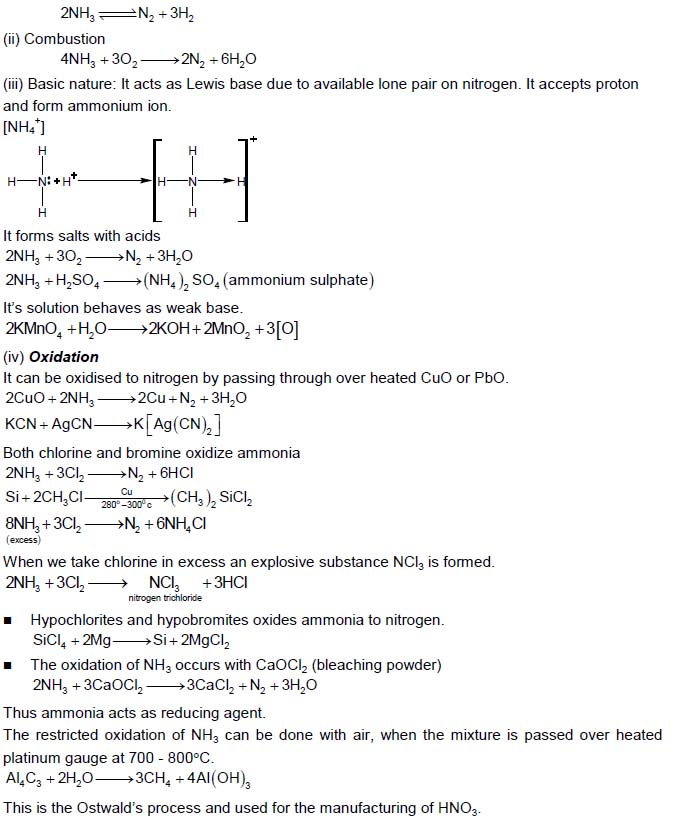 1. Liquid ammonia is used in refrigeration.
2. Aqueous NH3 is used in qualitative as well as qualitative analysis in laboratory.
3. In manufacture of nitric acid (ostwald’s process), sodium bicarbonate (solvey process) and ammonium compounds. Ammonium sulphate, ammonium calcium phosphate.
Calcium ammonium nitrate, etc are used as fertilizers. Ammonium nitrate is used in certain explosive.
4. It is used as a clanging agent for removing greese.
5. Ammonia is also used in the manufacture of urea which is an excellent fertilizer of nitrogen.
Structure