(a) Phosphorus acid series
The series consists of p atom exhibiting oxidation state of +3. They act as reducing agents. 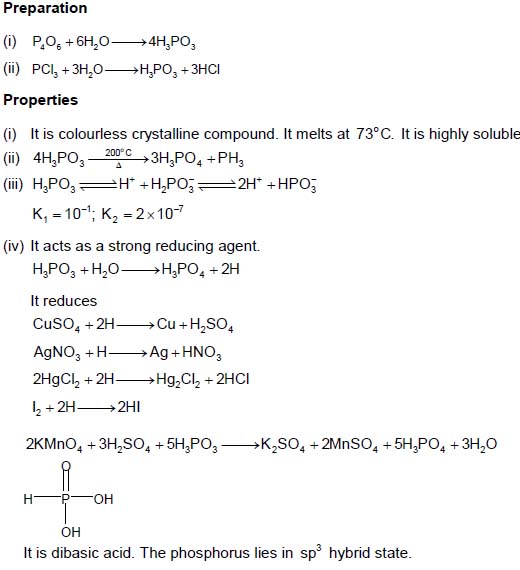 (b) Phosphoric acid series
This series consist of acids having P in +5 oxidation state. 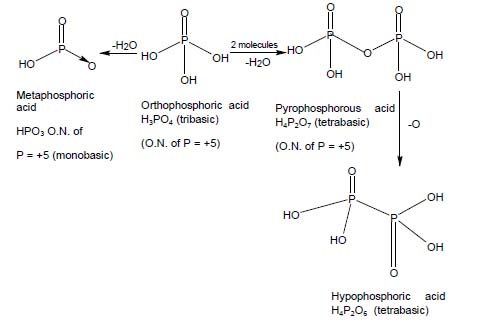 Properties
(a) It is a transparent deliquescent crystalline solid. It melts at 42.3°C. It absorbs water and forms colourless syrupy mass. It is highly soluble in water. 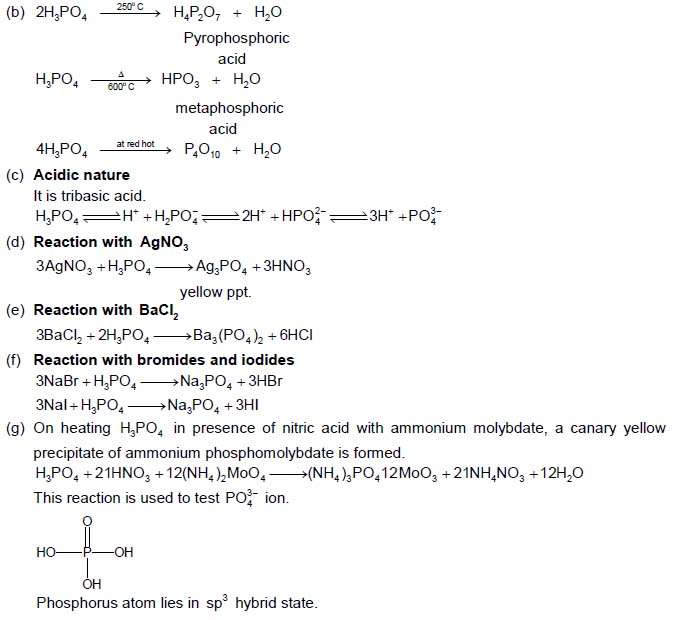