Nitroalkanes are colourless liquids with pleasant smell while aromatic nitro compounds have characteristic odour. Nitro alkanes are sparingly soluble in water, are highly polar with strong dipole – dipole interactions due to which they have high boiling points. Most of nitroalkanes are quite stable and can be distilled without decomposition but alkyl nitrites are unstable and explode on heating. Nitro compounds like nitrobenzene, o – nitrophenol are steam volatile and can be purified by steam distillation.

Reactions of nitro alkanes are given below: 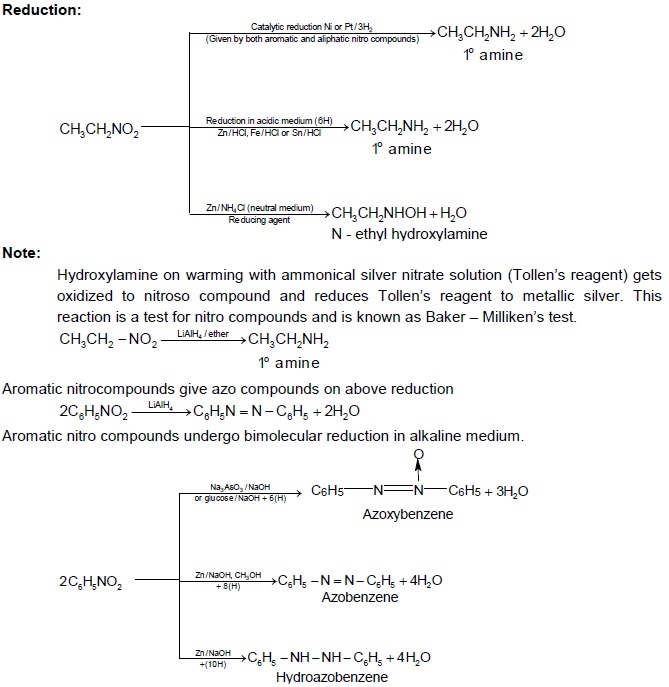 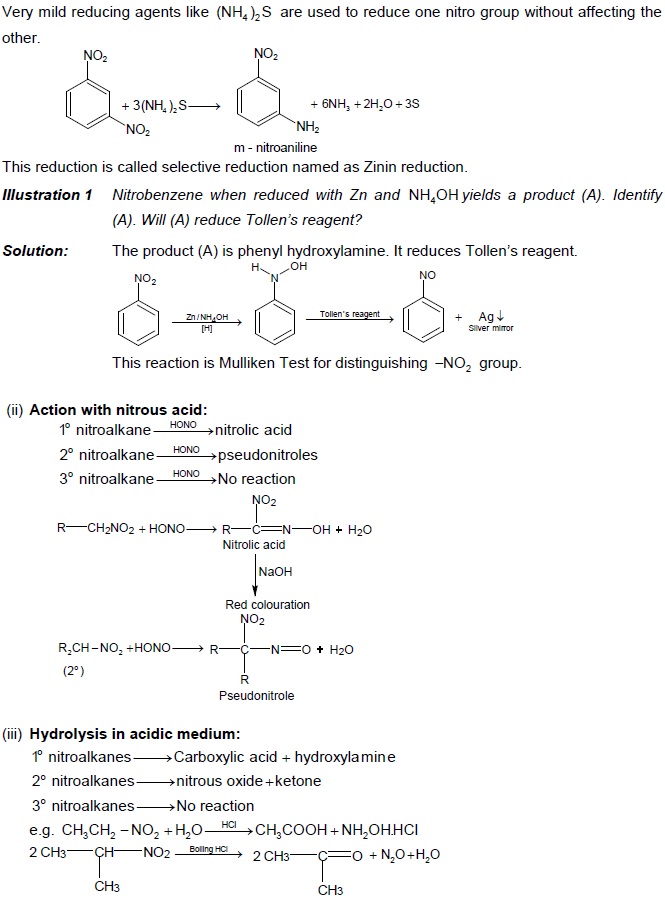 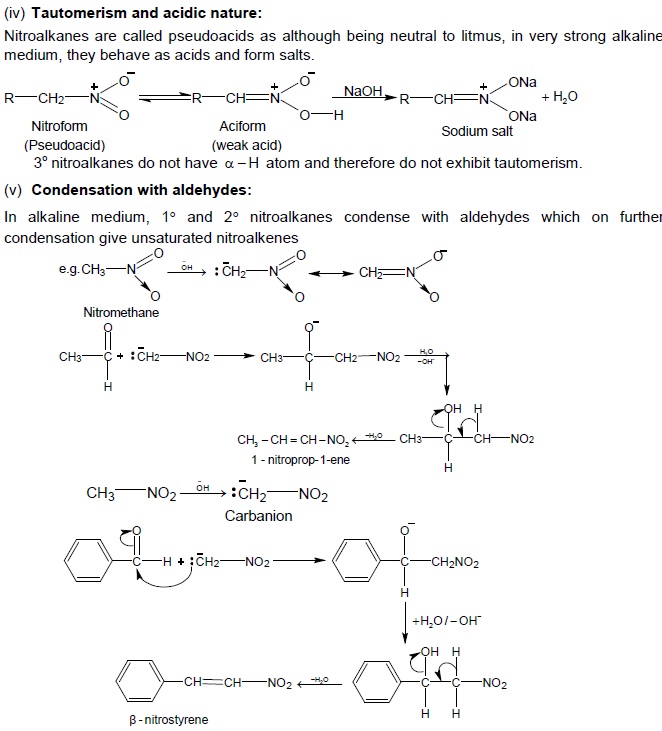 Nitro group being electron withdrawing group is a m – directing group. Some of the reactions of nitrobenzene which makes the m – directing nature of -NO2 group clear are: 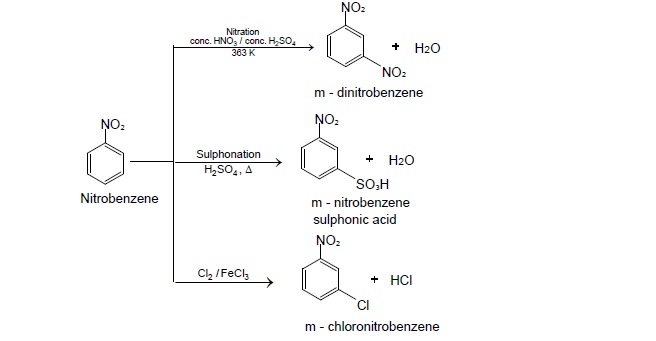