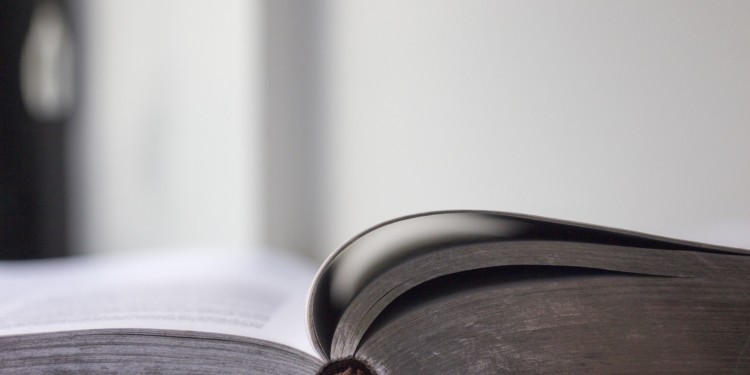 Chapter 2: The Tiger King by Kalki

Q.1 How does author employ ironic devices?
Ans. The author uses the ironic device in a remarkable manner. She describes the characters in a grossly inappropriate manner. She uses a very dextrous way of dramatic irony. To show off the king flaunts his first killed tiger in front of the astrologer and still he dies by the poison spread into his body from a wood tiger.

Q.2 Author’s indirect comment on subjecting innocent animals?
Ans. The way humans subject animals is too rude. They kill them for their own sport which is not appropriate to fulfill our own whims and fancies. We should not kill innocent animals because they cannot raise their voice against the injustice being done them.it is the duty of each and every human beings to protect our animals

Q.3 Behaviour of Raja’s minions?
Ans. The behavior of the minions of the Raja is not because they are loyal to him or because they love him but only because they fear him. In such scenarios a King can never take for long where his subjects are afraid of him. Such kingdom can never be a democratic one.

Q.1 There are Moments in life when we have choices What make us rise above war?
Ans. Dr. Sada gets caught between choosing his moral and ethical responsibility to save the soldier and as an individual to be loyal towards his nation. These dilemmas of life and the roles that we play are often what give us tough choices. Dr. Sdao fulfills his responsibilities by choosing to help the soldier and by deciding to hand him over to the commissioner his duty as an individual. He therefore rises above the war because of his humanity towards an injured man who was not a soldier then but a human being in trouble.

Q.2 Do you think doctor’s decision was good?
Ans. Doctors decision was good because if he has left the soldier there he would have died for sure. And if he had handed him over to the police they would have killed him. Dr. Sadao chooses the middle path by letting the soldier run to the island where he could be safe until he recovered. Since he tried his best to save the soldier who was injured and also spoke truth to the general about an enemy in his house.

Q.1 what is moral issue that the story raises ?
Ans. The story explores different levels of maturity in ur life. First one is a child’s perspective against the adult’s perspective. Children are innocent. There is no place for cunningness, hatred in their world. On the contrary jack who tried to always impose that parents are always correct in making decisions. This story raises the moral question that whether we should follow our elders blindly even if they are wrong.

Q.2 what is your stance regarding two endings to the Roger Skunk story?
Ans.Since Jo was just a little innocent child, both the endings are a little irrational. She visualizes everything from whatever things she hears from others and she never questions it even if it is wrong in her opinion
In addition to the story where the skunk’s mother hits the wizard for no reason. The wizard was just following the orders of his mother. It would teach that parents have the right to hit people just because they are elders.
On the contrary if jo had the ending of her own story, everyone would stop believing and respecting their elders.

Q.3 How is an Adult’s perspective different from a Child’s perspective ?
Ans. there is a lot of difference in a child’s perspective and a perspective of an adult human being. A child’s thoughts are not polluted with corruption. There is a natural flow in his speech. He speaks without thinking of any reaction whereas ault’s think a lot before speaking. They are not governed by their instincts but by the laws of the society.

Chapter 6: On the face of it by Susan Hill

Q.1 Which section display signs of loneliness of Mr. Lamb?
Ans. The whole play is loathsome of sadness that derek feels but in particular there are incidents where Mr. Lamb shares these signs of sadness and loneliness too.
By the end of the scene, it is clear that he only keeps muttering that nobody talks to him or like to meet him after they meet him for the first time. It shows that he is lonely. He was so sure that derry also would never come back to meet the old guy.

Q.2 What behaviour we expect from others?
Ans. if we encounter anyone physically impaired we should never make fun of them. A person can live a life of respect and honour and life becomes a little easier if they receive the respect they deserve. But when someone mocks them it breaks their confidence. So he expects others to be respectful rather than reminding him of his physical incapabilities.

Q.1 Do you agree that b/w crime & punishment it is mainly a battle of wits?
Ans. in this world which is full of corruption, it can be said that between crime and punishment it is mainly the battle of the wits. One can outsmart the law if he is clever.
In the story Evan tries an O level it is reflected that it is not only the criminals who are punished but sometimes even the innocent get caught up in this battle and only because there are not oversmart they live their life in prison while Evans managed to fool the officials and earned his freedom.

Chapter 8: Memories of childhood by Zitkala-sa and Bama

Q.1 what does ‘ I will not submit! I will struggle first!’ symbolise?
Ans. The phrase ‘I will not submit i will struggle first’ captures the issue of racial prejudice. The people who were colonised were treated in gruesome manner. They were looked down upon by the European missionary.There is an insight of the plight of the people in the story. The people became resolute to give the officials a tough fight until they had the last breath in them. The little girl represents that spirit of not giving up.

Q.2 How does the girl rebel when she notices her hair will be cut?
Ans. The girl rebels by hiding under the bed and not submitting to the authorities of the hostel. The hostel wardens have to put a lot of struggle to get the girl out and finally her hair is cut. She resents the issue but is proud that she at least tried all she could.

Q.3 Why does the girl decide to study when she notices annan carrying the packet in an odd fashion?
Ans.When the girl sees her annan carrying the packet in a very odd fashion way, she realises the odd practice of untouchability in her village. She decides to blur this tradition with the light of education. Under the supervision of her elder brother who is already studying in a university who is respected only because he was an educated person,she utilizes her anger and sense of rebellion to direct it in the right way. Since she understood that these malpractices had existed for decades and they could not be eliminated overnight. It was going to take a lot of effort.The tool that she chooses is the tool of education to fight.

Q.4 Did she achieve her dream of studying at a university too like her brother?

Q.1 What is the general attitude of human beings towards animals? How and Why is the story ironic? In what terms it is a comment on people in power?
Ans. The general attitude of the human beings toward wild animals is that they feel that wild animals must be killed when they try to harm humans. The story is ironic because there is a great difference in the behavior of both. Animals kill humans only when they encounter any perilous danger from them while humans kill animals for their own sport to fulfill their own fancy and whims. The raja only to prove the astrologer wrong about his foretold death unleashes on a crazy and whimsical hunt to kill all tigers. He even marries a princess of the other state so that he could rightfully kill the tigers in that province as well yet his death is ironic in itself. Even after taking so many precautions, he dies through the poison which spreads into his whole body from an iron nail sticking out of the tiger made from wood. The wood tiger was a gift for his newborn child that he himself brings.
The story is a conceit on the people in power because people in power use their authority to drive their pleasures by ruling over them and

Q.1 Should Dr. Sadao be arrested on the charge of harbouring an enemy? Why or why not explain in your words using instances from the story?

Q.2 What explains the attitude of the General in the matter of the enemy soldier? Was it human consideration, lack of national loyalty, of dereliction duty or simply self absorption?

Q.1 What possible plot line could the story continue with?

Chapter: On the face of it

Q.2 The actual pain or inconvenience caused by a physical impairment is often much less than the sense of alienation felt by the person with disabilities ?

Chapter: Even trans on O-level

Q.1 What could have governor have done to securely bring back evans to prison when he caught him at the golden lion? Does that final act of foolishness really prove that he was just another good-for-a-giggle, gullible governor, that was all?

Q.1 What is the common theme in both the episodes discuss briefly? Can you relate anything common in the girls.