When a ray OA starting from its initial position OA rotates about its end point 0 and takes the final position OB, we say that angle
AOB (written as ∠ AOB) has been formed. The amount of rotation from the initial side to the terminal side is Called the measure of
the angle.

An angle formed by a rotating ray is said to be positive or negative depending on whether it moves in an anti-clockwise or a clockwise direction, respectively.

There are three system for measuring angles,

In this system, angle is measured in radian.

A radian is the angle subtended at the centre of a circle by an arc, whose length is equal to the radius of the circle.

The number of radians in an angle subtended by an arc of circle at the centre is equal to arc/radius. 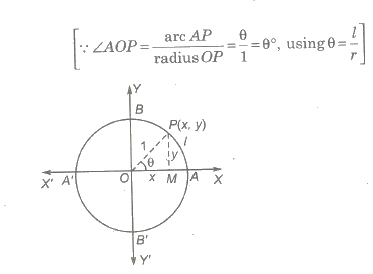 An equation involving trigonometric functions which is true for all those angles for which the functions are defined is called trigonometrical identity. Some identities are

Trigonometric Ratios of Some Standard Angles 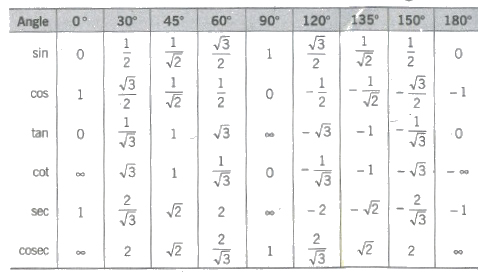 Trigonometric Ratios of Some Special Angles

A function f(x) is said to be periodic, if there exists a real number T> 0 such that f(x + T)= f(x) for all x. T is called the period of the function, all trigonometric functions are periodic. 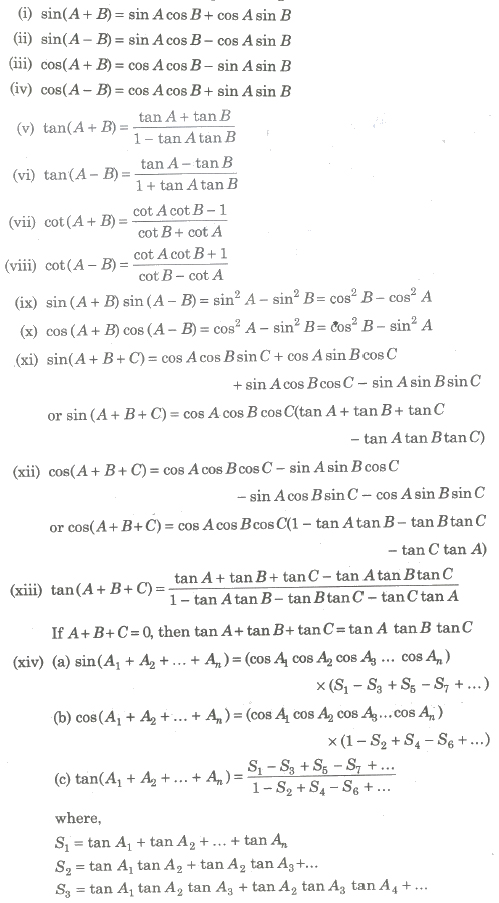 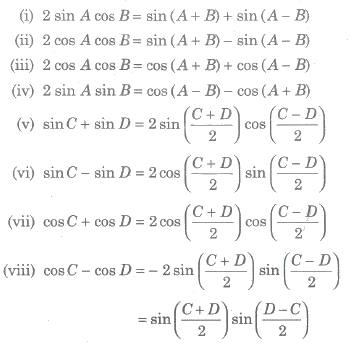 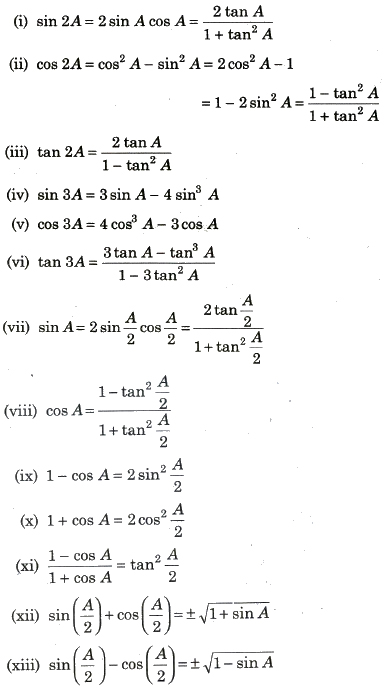 Trigonometric Ratios of Some Useful Angles 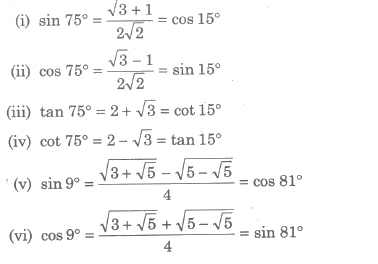 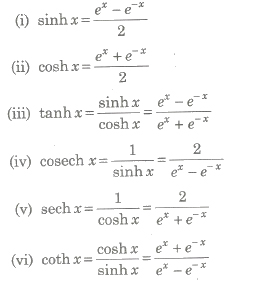 Domain and Range of Hyperbolic Function

Formulae for the Sum and Difference

Formulae to Transform the Product into Sum or Difference 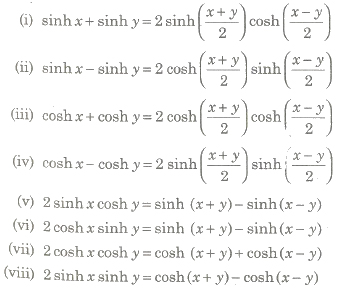 Formulae for Multiples of x 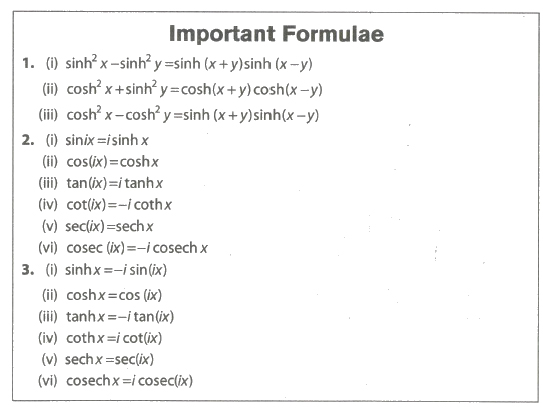