Candidates who are pursuing in Class 11 are advised to revise the notes from this post. With the help of Notes, candidates can plan their Strategy for particular weaker section of the subject and study hard. So, go ahead and check the Important Notes for Class 11 Physics Thermometry and Calorimetry from this article.

The branch dealing with measurement of temperature is called thremometry and the devices used to measure temperature are called thermometers.

Heat or thermal energy of a body is the sum of kinetic energies of all its constituent particles, on account of translational, vibrational and rotational motion.

The SI unit of heat energy is joule (J).

The practical unit of heat energy is calorie.

1 calorie is the quantity of heat required to raise the temperature of 1 g of water by 1°C.

J is a conversion factor (not a physical quantity) and its value is 4.186 J/cal.

Temperature of a body is the degree of hotness or coldness of the body. A device which is used to measure the temperature, is called a thermometer.

Relation between Different Scales of Temperatures

(i) Pressure of a Gas at Constant Volume

A constant volume gas thermometer can measure tempera from – 200°C to 500°C.

where α and β are constants for a metal.

As β is too small therefore we can take

where, α = temperature coefficient of resistance and
R0 and Rt, are electrical resistances at 0°C and t°C.

where R1 and R2 are electrical resistances at temperatures t1 and t2.

Platinum resistance thermometer can measure temperature from —200°C to 1200°C.

(iii) Length of Mercury Column in a Capillary Tube

where α = coefficient of linear expansion and l0, lt are lengths of mercury column at 0°C and t°C.

where a and b are constants for the pair of metals.

Unknown temperature of hot junction when cold junction is at 0°C.

A thermo-couple thermometer can measure temperature from —200°C to 1600°C.

When there is no transfer of heat between two bodies in contact, the the bodies are called in thermal equilibrium.

The values of pressure and temperature at which water coexists inequilibrium in all three states of matter, i.e., ice, water and vapour
called triple point of water.

Triple point of water is 273 K temperature and 0.46 cm of mere pressure.

The amount of heat required to raise the temperature of unit mass the substance through 1°C is called its specific heat.

It is denoted by c or s.

The ratio of two principal sepecific heats of a gas is represented by γ.

The value of y depends on atomicity of the gas.

Heat capacity of any body is equal to the amount of heat energy required to increase its temperature through 1°C.

where c = specific heat of the substance of the body and m = mass of the body.

Its SI unit is joule/kelvin (J/K).

It is the quantity of water whose thermal capacity is same as the heat capacity of the body. It is denoted by W.

The heat energy absorbed or released at constant temperature per unit mass for change of state is called latent heat.

where m = mass of the substance and L = latent heat.

For water at its normal boiling point or condensation temperature (100°C), the latent heat of vaporisation is

For water at its normal freezing temperature or melting point (0°C), the latent heat of fusion is

After snow falls, the temperature of the atmosphere becomes very This is because the snow absorbs the heat from the atmosphere to down. So, in the mountains, when snow falls, one does not feel too but when ice melts, he feels too cold.

There is more shivering effect of ice cream on teeth as compare that of water (obtained from ice). This is because when ice cream down, it absorbs large amount of heat from teeth.

Conversion of solid into liquid state at constant temperature is melting.

Conversion of liquid into vapour at all temperatures (even below boiling point) is called evaporation.

When a liquid is heated gradually, at a particular temperature saturated vapour pressure of the liquid becomes equal to atmospheric pressure, now bubbles of vapour rise to the surface d liquid. This process is called boiling of the liquid.

The conversion of a solid into vapour state is called sublimation.

The conversion of vapours into solid state is called hoar fr..

This is the branch of heat transfer that deals with the measorette heat. The heat is usually measured in calories or kilo calories.

When a hot body is mixed with a cold body, then heat lost by ha is equal to the heat gained by cold body.

where, ll and l2 are initial and final lengths,Δt = change in temperature and α = coefficient of linear expansion.

where 1= real length and Δl = change in length and

where, A1 and A2 are initial and final areas and β is a coefficient of superficial expansion.

where V1 and V2 are initial and final volumes and γ is a coefficient of cubical expansion.

where V = real volume, AV =change in volume and Δt = change in temperature.
Relation between coefficients of linear, superficial and cubical expansions
β = 2α and γ = 3α
Or α:β:γ = 1:2:3

In liquids only expansion in volume takes place on heating.

(i) Apparent Expansion of Liquids When expansion of th container containing liquid, on heating is not taken into accoun then observed expansion is called apparent expansion of liquids.

Coefficient of apparent expansion of a liquid

(ii) Real Expansion of Liquids When expansion of the container, containing liquid, on heating is also taken into account, then observed expansion is called real expansion of liquids.

Coefficient of real expansion of a liquid

When temperature of water is increased from 0°C, then its vol decreases upto 4°C, becomes minimum at 4°C and then increases. behaviour of water around 4°C is called, anamalous expansion water.

There are two types of coefficient of expansion in gases

(i) Volume Coefficient (&gamma;v) At constant pressure, the change in volume per unit volume per degree celsius is called volume coefficient. 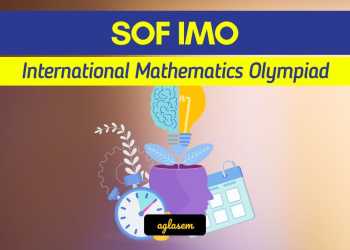