One of the widely celebrated festivals of India is Holi. It is also known as the “The Festival of Colours” and “The Festival of Spring”. Every year, the festival is celebrated in the month of March, aka Falgun. The word ‘Falgun’ represents the transition of winter to summer season. It also represents the onset of the Spring season. The year, it will take place on March 18, 2022.

Holi is also one of the favorite topics for Essays in India. As a matter of fact, most of the festivals are. So, if you are a student who is struggling to write a 500 words essay on Holi, then you are in the right place. Here, are few samples of Holi Essay that you can use to create a wonderful write up.

This festival also represents the eternal and divine love of Radha Krishna. The people play around with colours and water balloons with their loved ones. Holi is also celebrated for agriculture, to commemorate good harvest and fertile soil. The night before of Holi is known as ‘Holika Dahan’ or the burning of Holika. This night is mainly celebrated near fire to dance, sing and offer prayers. It represents the annihilation of evil powers and retells the narrative of Holika and King Hiranyakashyap.

On the day of Holika Dahan, people gather around the burning fire to seek blessings and to express their devotion to God. The next day, people wake up early in the morning and seek blessings from God. Then, they dress up in white and play with colours. Children rush around with water cannons. On this day, even the adults are transformed into children. People meet and greet their relatives and celebrate with neighbors on Holi. It is that day when the normal day is filled with beautiful colours, the roads are covered with flowers, and one can feel the light-hearted and merry environment.

On Holi, people dance all day and consume an unique drink called the ‘bhaang.’ People of all ages eagerly await the festival’s distinctive delicacy, ‘gujiya.’ In a nutshell, Holi is a festival of love and brotherhood. This vibrant celebration brings people together and eliminates all forms of negativity from life. Long time ago, according to the Hindu folklores, there was a demon king named Hiranyakashyap. He has a son named Prahlad, as well as a sister named Holika. The demon king is said to have received Lord Brahma’s blessings. This meant that no man, animal, or weapon could ever kill him. This blessing became a burden for him as he got arrogant. He commanded his country to worship him rather than God, even if it meant sacrificing his own son.

Except for his son, Prahlad, everyone began to worship him after that. Prahlad, a devout follower of Lord Vishnu, refused to worship his father instead of God. When he saw Prahlad’s disobedience, the demon king plotted with his sister to slay him. He forced her to sit in the fire with his kid on her lap. It is believed that Holika had a special cloak that would prevent her from the fire. But, the garment flew from Holika and covered Prahlad. He came out of the unharmed, and Holika was burnt to death. As a result, Holi is celebrated as the triumph of virtue over evil and happiness over sorrow.

Marking the end of winter and the beginning of spring, everybody all over India on the last day of full moon celebrates Holi. It is one of the most notable festival that is celebrated in India. It is believed that Holi brings people closer and it turns enemies into friends. In all, Holi becomes a way to welcome the season of blooming flowers, warmth and happiness. People apply colours on each other and spread the good wishes. Washable natural plant-derived colours such as turmeric, neem, dhak, and kumkum were traditionally used on Holi. But, these days, organic products have turned the markets upside down.

One can easily observe that Holi becomes a water battle. Spraying coloured water on each other is a popular pastime of children on this day. By late morning, everyone resembles a colourful painting. People serve the famous delicacies on this day such as gujiya, mathri, malpuas, and other traditional treats. In North India, the celebrations in the Braj area near Mathura, extend for more than a week. The ceremonies extend beyond playing with colours to include a day when males parade about with shields and women have the right to beat them with sticks on their shields. It is known as Lathmar Holi, and it is historically celebrated in the village of Barsana. Radha’s hamlet is Barsana, and women play the role of gopikas (Radha’s friends) while males play the part of gopas (Krishna’s companions). So

me people in Southern India worship and give sacrifices to Kamadeva, the Hindu deity of love. Sikhs have regularly observed the event since at least the 19th century, with historical sources referring to it as Hola. Guru Gobind Singh, the Sikhs’ final human guru, adapted Holi into a three-day Hola Mohalla martial arts event. The expansion began the day following the Holi festival in Anandpur Sahib, when Sikh troops trained in mock battles and competed in horsemanship, athletics, archery, and military drills. Holi was celebrated by Maharaja Ranjit Singh and his Sikh Empire, which included what is now northern India and Pakistan. Hence, since many years, traditionally this festival has been celebrated by the young and old, by the Hindus and Non-Hindus and is a national holiday in India. In a nutshell, Holi is celebrated across the world with different customs and traditions but serves one aim which is to spread love and happiness.

Holi is now not just a national festival but has become the global festival. Many nations have accepted this festival. It is indeed a festival of joy and togetherness. Apart from India and Nepal, the countries where Holi is celebrated are South Africa, Fiji, Malaysia, Canada, Australia etc. This year, we will celebrate Holi on March 18, 2022. Holi is one of the significant celebrations for which India and its people are recognised around the world.

The tradition and story of Holi may be traced back to the period of Hiranyakashyap, the Demon King. In an attempt to have his son to worship him instead of Lord Vishnu, he made his sister Holika enter a flaming fire with Prahaladha. Holika then burned to ashes as she stepped ahead into the raging fire with Prahaladha, however, Lord Vishnu protected Prahaladha. Since then, this day has been known as Holi in India, and it represents the victory of good over evil. Holi is celebrated for almost two days. The two day ritual is started with a bonfire that depicts the destruction of the evil. On the other day, people celebrated with colours, music, and dance. Holi is considered to instil in everyone a spirit of fraternity, and adversaries are reconciled on this day.

The day of the event begins with the preparation of several delicacies. People use gulal and throw water balloons on each other to celebrate this festival. The delightful part about this day is that everyone decides to overcome his / her timidity and join in on the fun. They exchange embraces and wish each other a “Happy Holi.” On the lawns of several housing complexes, Holi celebrations take place. Yellow, green, red, pink, grey, and violet are among the vibrant hues chosen to cover the entire grass. It’s difficult to say who is who because of all the colours.

Having said that, it is important to recognise that Holi is more than just a celebration for the people of India. People all across the world, particularly in India, use this festival to erase all of their misery, worry, and pain from their lives, and to begin over. It is also important to recognise that the Holi celebration has a significant presence not only in our daily lives, but also in art, culture, and music, as countless songs, movies, and television series mention Holi in various forms and references. Most individuals use this chance to replace memories of agony and misery with recollections of brotherhood, compassion, and pleasure. It would not be deceptive to say that individuals of all ages, generations, castes, and creeds take part in the celebrations in their entirety. Holi is a celebration which is considered a wonderful opportunity to heal all damaged connections. 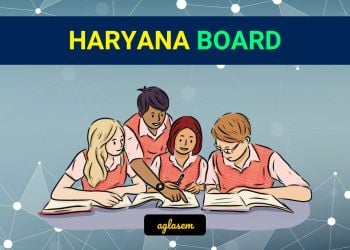