by Anand Meena
in 6th Class CBSE Solved Sample Papers for Class 6 for Social Science Subject is given below. The solved sample papers are created as per the latest CBSE syllabus and curriculum keeping in mind the latest marking schemes.

Q 1 each patwari is responsible for:

Q 2 the court poet of samudragupta was called:

Q 4 kalinga is the ancient name of

Q 5 the part of the cholas was called:

Q 6 huge water bodies on the earth are called:

Q 7 the gram panchayat is elected for:

Q 8 the second most popular country of the world is:

Q 9 the secretary of the gram sabha is :

Answer: (a) not an elected person

Question 10: A step hill with an elevation of more than 600 meters is termed as an:

Question 11: Raw silk has to be extracted from the:

Answer: (b) Cocoon of silkworms

Question 12: A place where several caves were hollowed out the hills over centuries:

Question 14: The wearing of the earth’s surface is called:

Question 15: Devotees walked around the Stupak in:

Answer: (a) A clockwise direction

Question 16: The city of surat has a plague scare in:

Question 17: Who was the most famous ruler of the Maryann dynasty? How did he try to reach his message to the people?

Answer: Asoka was the most famous mauryan ruler. He was the first ruler who tried to reach his message to the people through inscriptions the most of Asoka’s inscriptions were written in prakrit.

Question 18: What is the climate of India? How has this name been given to the climate?

Answer: The climate of India is broadly monsoon climate. Monsoon word has been derived from the Arabic word “mausim” which means seasons. India is located in the tropical zone, hence most of the rain is brought by monsoon winds.

Question 19: Describe the boundaries of india.

Question 20: What are erosion and deposition?

Answer: During the gupta’s reign, there were military leaders who provided the king with troops whenever he needed them. They were not paid regular salaries. Instead some of them received grants of land. They collected revenue from the land and used this to maintain soldiers and horses, and provided equipment for warfare. These men were known as sanants. Whenever, the ruler was weak sanantas tried to become independent.

Question 22: Why do you think ordinary people were attracted to bhakti?

(1)    I think that ordinary people were attracted to Bhakti because, bhaktsaint used the language of people which they would understand easily.
(2)    The saints emphasized the worship of certain duties, which because a central feature of later Hinduism, gained an importance.
(3)    These deities included shiva, Vishnu and goddesses such a Durga. Bhakti is generally understood a person’s devotion to his or her chosen deity.

Answer: Second tamil epic, the manimekalai was composed by sattanar around 1400 years ago. This describes the story of the daughter of kovatan  and madhavi. These beautiful composition were last to scholars for several centuries till their manuscripts were rediscovered, about a hundred years ago.

Question 24: If you could visit any one of the places as per chapta building painting and book, which would you choose and why?

Answer: I would choose Mathura because it is related with life of lord Krishna and it is very near from delhi, my home city. Mathura is well connected by road and railways. These are many shrines and temples. I am fond of sweets. Mathura is well-known for its some sweet products, especially peras.

Question 25: Give an account of some important migratory birds.

Question 26: What are major features of a city?

Answer: These officers whose posts are transmitted from one generation to another, is called hereditary officers. For example, property, some diseases or some qualities may be hereditary. Some important administrative posts were hereditary during the region of the guptas. This means that sons succeeded fathers to these posts. For example, the poet harishena was a mahadanda-nayaka or chief judicial officer, like his father. Those persons who are commissioned or appointed to perform public duties are called officers.

Question 28: Why are forests necessary?

Answer: Forests are necessary because of the following reasons:

(a)    Forests are very useful for us.
(b)   They perform various functions.
(c)    Plants release oxygen that we breathe and absorb carbon dioxide which we exhale.
(d)   The roots of the plants bind the soil which results in control of soil erosion.

(a)    Mountains: Natural elevation of the earth’s surface with a small summit and a broad base, higher than the surrounding area.
(b)   Glaciers: These are permanent moving heaps of ice and snow..

Question 31: How do you think wars affect the lives of ordinary people today?

(1)    They are killed in a large number.
(2)    Their property-houses, shops etc. are destroyed.
(3)    Wars create violence and disturbances in the society.
(4)    Development projects and welfare works undertaken by the government for welfare and benefit of the people are disturbed and postponed.
(5)    Wars waste economics and other resources. Government generally more taxes on the people.

Question 32: What are plateaus? Give their major feature?

Plateaus: Plateaus are flat topped tableland with steep slopes on one side or more sides.

Features of the plateaus: Height varies from a few hundred meters of several thousand meters. Plateaus may be young or old.

Answer: Two major oceans of the world are:

(a)    The Pacific Ocean is the largest ocean. It is spread on 33.3% area of the earth.
(b)   Mariana trench, the deepest part of the earth lies under the Pacific Ocean.
(c)    Its shape is circular.
(d)   It is bounded by Asia and Australia one side and north and the South Americans on the other.

(a)    The Atlantic Ocean is the second largest ocean.
(b)   It is “s” in shape.
(c)    It is flanked by the north and the South America on the western side and Europe and Africa on the eastern side.
(d)   Its coastline is highly indented. This irregular and indented coastline facilities development of natural harbors.
(e)   The Atlantic Ocean is the busiest ocean from the point of view of commerce.

Question 34: Discuss the organisms found in the biosphere.

(a)    The four realms of the earth interact with each other and affect one another in some way or other.
(b)   The organism found in the biosphere is broadly divided into plant kingdom and animal kingdom.
(c)      The growth of human population is a major cause of change in the biosphere the growing population requires space for living. This leads to increase of silt in the rivers that results ultimately into floods.

Question 35: Give an account of the ways of earning livelihood in rural areas.

(c)    Some people work as laborers on the farmland and earn their living.
(d)   Other ways of livelihood are fishing crafts etc.
(e)   Aruna and paarivelam represent the fishing community.

Answer: Panchayati raj system is a process through which people participate in their own government. 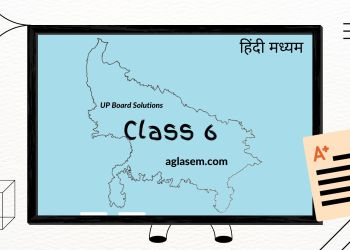