Class XII Biology Chapter 7 Evolution NCERT Solution is given below.

Question 1: Explain antibiotic resistance observed in bacteria in light of Darwinian selection theory. Answer Darwinian selection theory states that individuals with favourable variations are better adapted than individuals with less favourable variation. It means that nature selects the individuals with useful variation as these individuals are better evolved to survive in the existing environment. An example of such selection is antibiotic resistance in bacteria. When bacterial population was grown on an agar plate containing antibiotic penicillin, the colonies that were sensitive to penicillin died, whereas one or few bacterial colonies that were resistant to penicillin survived. This is because these bacteria had undergone chance mutation, which resulted in the evolution of a gene that made them resistant to penicillin drug. Hence, the resistant bacteria multiplied quickly as compared to non- resistant (sensitive) bacteria, thereby increasing their number. Hence, the advantage of an individual over other helps in the struggle for existence.

Question 2: Find out from newspapers and popular science articles any new fossil discoveries or controversies about evolution. Answer Fossils of dinosaurs have revealed the evolution of reptiles in Jurassic period. As a result of this, evolution of other animals such as birds and mammals has also been discovered. However, two unusual fossils recently unearthed in China have ignited a controversy over the evolution of birds.Confuciusornis is one such genus of primitive birds that were crow sized and lived during the Creataceous period in China.

Question 3: Attempt giving a clear definition of the term species Answer Species can be defined as a group of organisms, which have the capability to interbreed in order to produce fertile offspring. 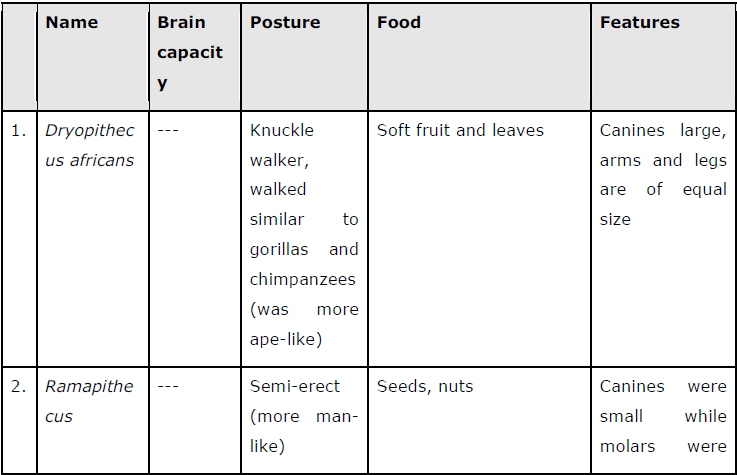 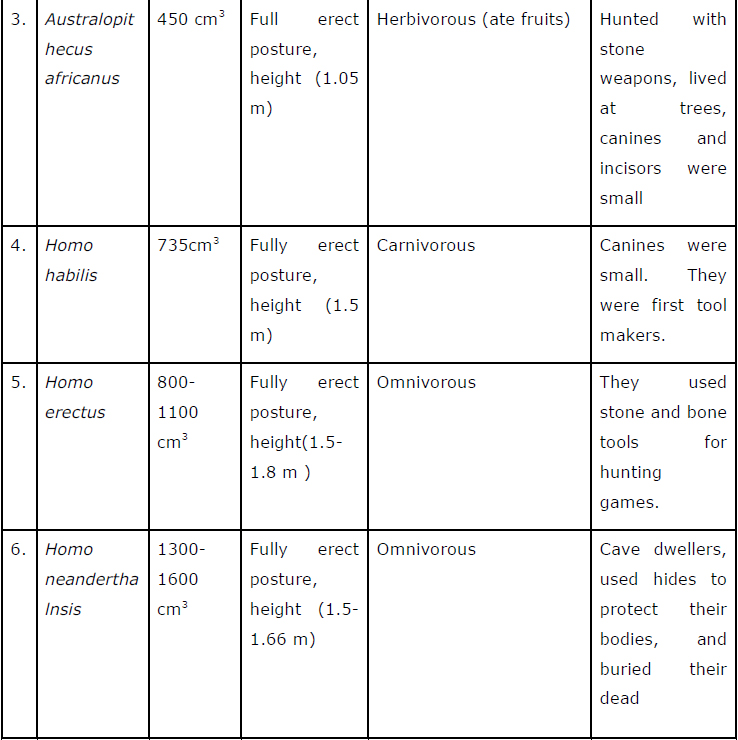 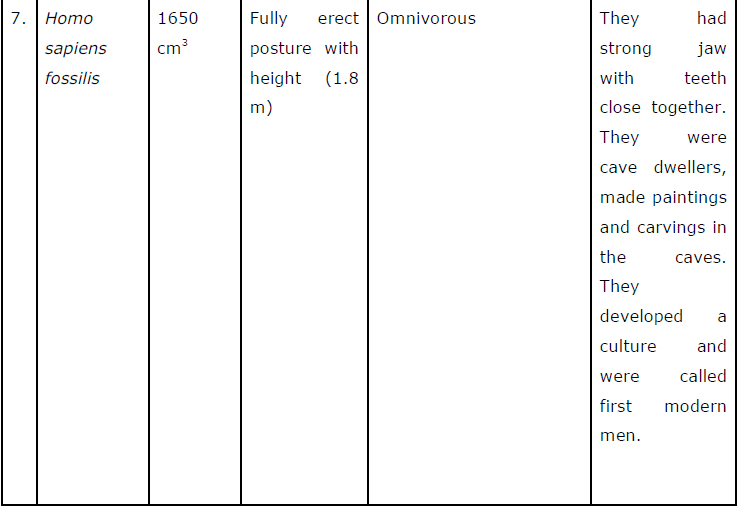 Question 5: Find out through internet and popular science articles whether animals other than man have self-consciousness. Answer There are many animals other than humans, which have self consciousness. An example of an animal being self conscious is dolphins. They are highly intelligent. They have a sense of self and they also recognize others among themselves and others. They communicate with each other by whistles, tail-slapping, and other body movements. Not only dolphins, there are certain other animals such as crow, parrot, chimpanzee, gorilla, orangutan, etc., which exhibit self-consciousness. 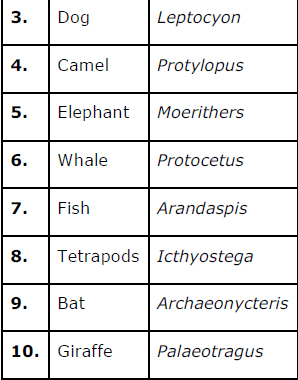 Question 8: Describe one example of adaptive radiation. Answer Adaptive radiation is an evolutionary process that produces new species from a single, rapidly diversifying lineage. This process occurs due to natural selection. An example of adaptive radiation is Darwin finches, found in Galapagos Island. A large variety of finches is present in Galapagos Island that arose from a single species, which reached this land accidentally. As a result, many new species have evolved, diverged, and adapted to occupy new habitats. These finches have developed different eating habits and different types of beaks to suit their feeding habits. The insectivorous, blood sucking, and other species of finches with varied dietary habits have evolved from a single seed eating finch ancestor.

Question 10: Using various resources such as your school library or the internet and discussions with your teacher, trace the evolutionary stages of any one animal say horse. Answer The evolution of horse started with Eohippus during Eocene period. It involved the following evolutionary stages. (i) Gradual increase in body size (ii) Elongation of head and neck region (iii) Increase in the length of limbs and feet (iv) Gradual reduction of lateral digits (v) Enlargement of third functional toe (vi) Strengthening of the back (vii) Development of brain and sensory organs (viii) Increase in the complexity of teeth for feeding on grass The evolution of horse is represented as 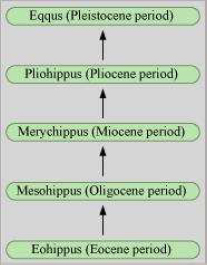 (i) Eohippus It had a short head and neck. It had four functional toes and a splint of 1 and 5 on each hind limb and a splint of 1 and 3 in each forelimb. The molars were short crowned that were adapted for grinding the plant diet. (ii) Mesohippus It was slightly taller than Eohippus. It had three toes in each foot. (iii) Merychippus It had the size of approximately 100 cm. Although it still had three toes in each foot, but it could run on one toe. The side toe did not touch the ground. The molars were adapted for chewing the grass. (iv) Pliohippus It resembled the modern horse and was around 108 cm tall. It had a single functional toe with splint of 2nd and 4th in each limb. (v) Equus Pliohippus gave rise to Equus or the modern horse with one toe in each foot. They have incisors for cutting grass and molars for grinding food.